"Battlefield 2042" does not want cheaters and toxic players polluting its servers at any time, anywhere.

That's what developer DICE made clear recently when they announced a so-called "commitment to positive play," reported VideoGamesChronicle.

In an apparent bid to make "Battlefield 2042" a more welcoming place, it announced several new tools including the use of Easy Anti-Cheat (EAC), an anti-cheat software being used in "Apex Legends."

EAC will help catch any cheating player red-handed and be sanctioned accordingly.

Among their penalties will include getting instantly kicked mid-match and permanently banned on every platform, since "Battlefield 2042" is a cross-gen, cross-play title.

The announcement was made on the official blog of "Battlefield 2042." Aside from these tools, the developers also shared a Community Charter, which aims to promote positive interactions within the game:

You can read the full text of the Battlefield Community Charter on the EA website.

Lastly, the Community Charter and EAC implementation is also going to be complemented with these features:

"Battlefield 2042" is currently preparing for its upcoming open beta on Oct. 8 for all platforms, with EA Play members getting a two-day head start, according to PC Gamer.

As such, the announcement of these rules seems to be perfect timing.

'Battlefield 2042' And Its 'No Mercy' Policy Against Cheaters, Abusive Players

If for some reason you're planning to cheat to gain an upper hand in "Battlefield 2042" (in that case, shame on you), EA and DICE will not be taking it easy on you. In fact, they're empowering other players with a lot of tools to report any negative behavior in-game. 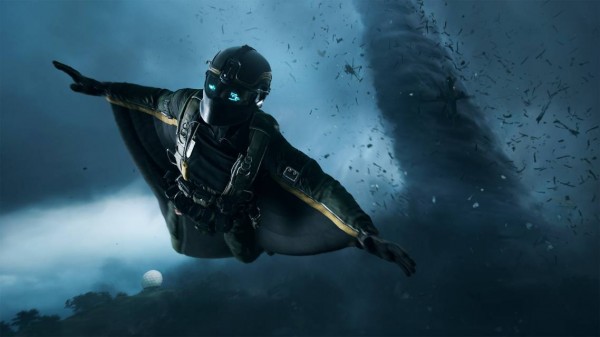 According to PC Gamer, players will have the option to report these specific behaviors in "Battlefield 2042:"

Anybody who gets reported doing either one or all of these while playing will have no chances to appeal the report, because they will be permanently banned.

In other words, there will be no temporary suspensions or even warnings for players who engaged in toxic behavior in-game.

In-Game Cheating Is Just Too Rampant These Days

Video game cheaters never seem to learn, don't they? It's a good thing that EA and DICE are doing everything they can to ensure that "Battlefield 2042" won't end up like a toxic online gaming hellhole, because other competitive multiplayer titles have obviously struggled.

A few of the most plagued titles include "Call of Duty Warzone," "Apex Legends," "Destiny 2," "Overwatch," and "PlayerUnknown's Battlegrounds," to name a few.

With cheaters running rampant in these games, the fun aspect of the competition is now long gone.