Google Docs' Voice Typing feature allows its users to type by merely speaking or dictating the words they want to input in the word processing platform. 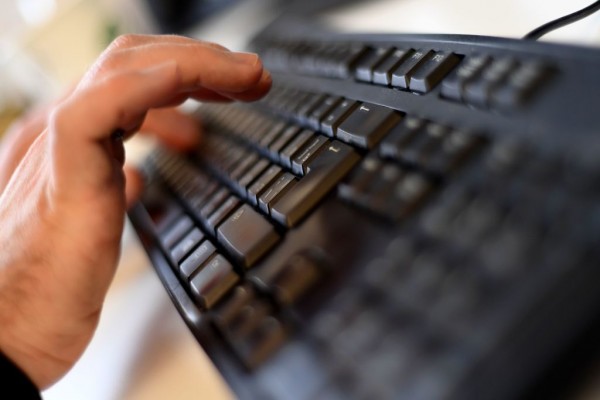 (Photo : by KIRILL KUDRYAVTSEV/AFP via Getty Images)
A picture taken on October 17, 2016 shows an employee typing on a computer keyboard at the headquarters of Internet security giant Kaspersky in Moscow.

Thanks to this feature by Google, there is now an option to avoid letting your hands do the work in writing your documents.

As per the Google Support page about Voice Typing, the feature is available for both the Docs and Slides, which rivals Microsoft Office's Word and Powerpoint.

The support page further said that the feature is only available via Google Chrome, which means that the accessibility feature will not work on other web browsers, such as Safari or Microsoft Edge.

However, mobile phone users could type by speaking with the need of a Chrome browser, according to Business Insider. They could write using their voice directly on the Google Docs app through the smartphone keyboard.

Google Voice Typing: What It Does

Aside from allowing its users to type by simply saying it out loud, the Voice Typing feature also flaunts an option to edit by using voice commands, which includes placing the proper punctuations, and even formatting.

However, it is worth noting that the voice command editing feature is limited to the English language only.

On the other hand, the voice typing feature is available in numerous languages, such as Chinese, Arabic, Spanish, French, English, Filipino--to name a few.

How to Type by Speaking in Google Docs

So, here's how to type by using your voice in Google Docs:

Read Also: Google as Microsoft Bing's Most Searched Word! Search Engine Company Says Users Choose It Because They Want To

How to Use Voice Commands

As mentioned, Google Docs also gives its users an option to use voice commands to edit the punctuations and formatting of their text.

To cut to the chase, here's how it works.

To edit a document, simply say the keywords "cut," "paste," "copy," as well as "insert a page break," and "insert header."