SpaceX Inspiration4's Jared Isaacman, the crew mission commander, flaunted an image of the Earth that he took from his iPhone while in orbit during their monumental spaceflight. 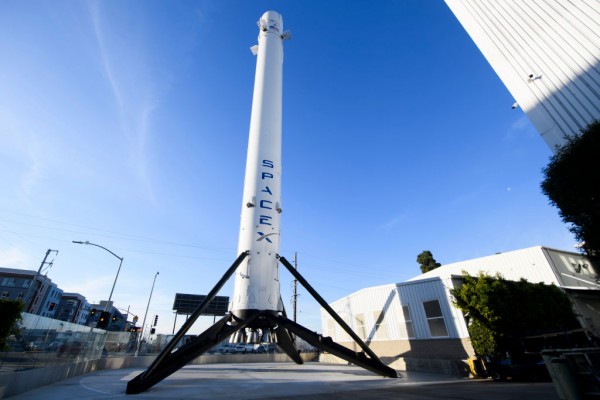 After the successful space mission of the SpaceX Inspiration4 crew last month, mission commander and billionaire Isaacman shared another photo of the view from the first-ever all-civilian spaceflight.

Aside from achieving the milestone for being the first crew mission without any professional astronauts, Inspiration4 also carried out medical research studying humans during spaceflights.

It is worth noting that the all-civilian crew used Apple products, such as iPad, iPhone, and even Apple Watch to collect data for the health study.

The smart wearable was tasked to collect numerous data from the civilian space crew, including their blood oxygen level saturation, heart rate, and rhythm, movement, ECG activity, and sleep.

And now, Apple's iPhone took another spotlight after the Inspiration4 crew commander shared their amazing view from the orbit on his Twitter account, as per NDTV.

Isaacman, who is also the CEO of Shift4 Payments, praised the Apple device in his post, saying: "Amazing that an iPhone can take a shot like this."

The billionaire went on to mention that he "loves the nosecone in the picture."

The stunning photo of the Earth was taken from the massive glass dome feature of the Dragon spacecraft of SpaceX that goes by the name "cupola."

Amazing that an iPhone can take a shot like this. I really love the nosecone in the picture. pic.twitter.com/sz1UVx3pUE

It is worth noting that Isaacman is not the only one from the all-civilian crew that took some time to photos and videos of the impressive views from outer space.

According to News18, one of the crews of Inspiration4, Arceneaux, also posted a 360-degree view of the Earth during their spaceflight, calling it "absolutely life-changing."

On top of that, Isaacman previously also shared a 17-second video featuring the view of Brazil from space during their first day in orbit. The billionaire and commander of the mission further noted that he took the stunning video from his iPhone.

However, he also said that images taken by his Nikon camera will also be out soon.

A video over Brazil from first day on orbit. Shot w/iPhone but hopefully we can get some of ⁦@inspiration4x⁩ Nikon shots out soon. Such a privilege to see our 🌎 from this perspective. We need to take far better care of our home planet and also reaching for the stars. pic.twitter.com/mAQw6eK8Ui

The Inspiration4 all-civilian crew composed of Isaacman, Arceneaux, Chris Sembroski, and Sian Proctor, launched into orbit for their monumental spaceflight and came back to Earth after three days.

Aside from making history and conducting medical research, the space mission also raised $250 million to aid the ongoing study of childhood cancer in the St. Jude's Children's Research Hospital in Memphis.

The CEO and founder of SpaceX, Elon Musk, capped out the fundraising after donating the remaining $50 million for the charitable project.

Related Article: SpaceX's Inspiration4 is Launching Next Week Aboard the Dragon, And the Mission is a Go