'The Last Of Us 2' Just Went Free On PlayStation Now--Is This A Much-Needed Adrenalin Shot For Sony?

"The Last Of Us 2" is considered one of the biggest games at the tail-end of the PS4 generation. This is why not a lot of people would've expected things to turn out the way they did. 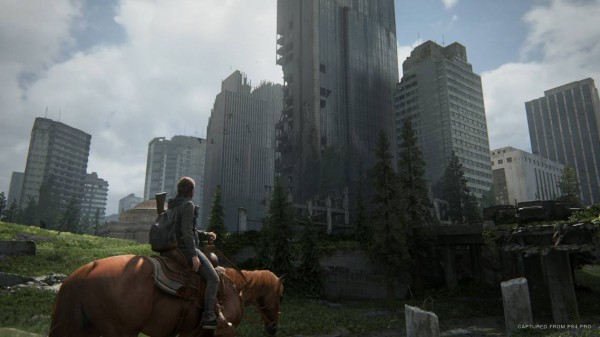 In a very surprising move, "The Last Of Us 2" went free on Sony's PlayStation Now streaming service. Subscribers can now download the game onto their consoles, or if they want, just stream it via the cloud.

It didn't exactly come alone, with "Fallout 76," "Final Fantasy 8 Remastered," and the "Amnesia Collection" among the others going free with it, according to TechRadar.

But it's certainly the biggest and most recognizable title out of all.

Despite its rather controversial ending, "The Last Of Us 2" still proved to be a juggernaut of a game.

It certainly had massive shoes to fill after the sweeping success of its PS3-era predecessor, but it managed to sell well enough.

During its first three days of release, "The Last Of Us 2" sold an insane four million copies, as per GameRant. This made it the fastest-selling PlayStation 4 exclusive of all time, breaking records previously held by Insomniac Games' "Marvel's Spider-Man" and Square Enix's "Final Fantasy VII Remake."

Recently, "The Last Of Us 2" also came to the PlayStation 5 featuring a slew of visual upgrades, faster loading times, and far better frame rates courtesy of current-gen hardware.

Is 'The Last Of Us 2' A Much-Needed Boost For PlayStation Now?

Sony might seem to be winning the hardware sales battle for this console generation, but they're definitely losing in one area: cloud gaming/game streaming.

Xbox Game Pass has made a name for itself as the preferred streaming service for a lot of gamers (not just Xbox owners), because it's simply offering far more at the same price compared to PlayStation Now.

Access to Day One releases of Xbox Series X and Series S exclusives is one of the perks it offers.

But perhaps with the arrival of a recent big AAA title like "The Last Of Us 2" (not to mention, for free) on PlayStation Now, then it might just be the thing that Sony's game streaming service needs. That's because PSNow currently only offers PS4, PS3, and PS2 games.

No big-name PS5 exclusives are available on it yet, but that might soon change.

Combine a big-name release like "The Last Of Us 2" with a rumored patent that says PS5 games could come to PlayStation Now, and Sony now has some big guns in its arsenal.

Of course, this is mere speculation at this point, so don't take it too seriously. "The Last Of Us 2" is a big step forward, nonetheless, and Sony likely knows it.

PlayStation Classics on PC? Ex-Sony Exec Opens Up About Efforts

PlayStation Now Could Be Getting PS5 Games According To Leaked Patent

Xbox Cloud Gaming Now Reaches As Much As 1 BILLION People