Adidas is helping Microsoft celebrate the 20th anniversary of Xbox by designing a pair of exclusive sneakers. 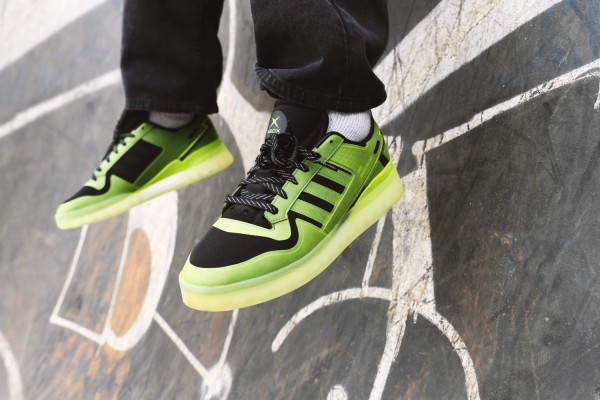 In a report by Digital Trends, the Adidas-Xbox collaboration took form in a pair of Forum Techs, splashed it with hues of green and black, and included the original Xbox logo on it--not the modern one--from way back in 2001, when the OG Xbox console first released.

This new collaboration with Adidas was officially announced in a YouTube promotional video, which looks like it came straight out of a late 90s-early 2000s gaming hype video:

Xbox executive James Monosmith commented on the Adidas collaboration, saying that the Forum Tech sneakers feature a design that mixes both old school and new school tech, which is symbolic of "how Xbox looks at its own history."

There's one not-so-good news for all Adidas and Xbox fans out there who want to buy the shoes. The colorway isn't planned as a general release, meaning, you won't be able to easily buy it in sneaker stores.

As per Microsoft, the limited edition Adidas kicks are intended to be a contest prize.

According to Sole Collector, the Adidas-Xbox Forum Tech won't be the last sneaker collaboration between the two companies.

The upcoming new colorways and/or models are rumored to feature styles from past and even present Xbox consoles, although no images of these designs have leaked yet.

With this announcement, the rumor back in May of this year basically came true. Microsoft and Adidas originally announced their partnership back then, when they said that there will be four different pairs of kicks coming out with the Xbox design and branding on them.

Adidas-Xbox Collaboration: The Start Of The Console Sneaker Wars?

Remember this year when Nike collaborated with NBA star Paul George, who is a self-proclaimed PlayStation fanboy, to create a pair of PS5-themed kicks?

This Adidas-Xbox collaboration was obviously a direct response, and could be the start of a whole new console war involving sneakers.

And if you think that gamers don't care much about sneakers at all, you're mistaken.

Back in October 2020, a group of fans of the game "Spider-Man: Miles Morales" took to Twitter to protest the fact that the titular character has switched to a pair of Adidas sneakers instead of his Nike Jordan 1 Chicagos from the "Into the Spider-Verse" animated movie:

Miles Morales is switching to adidas in the new #MilesMoralesPS5 Spider-Man game. 👀 pic.twitter.com/hs1RmpnPXW

As you can see by the replies, a lot of fans were a little disappointed. They clearly cared a lot about the choice of sneakers, but there was really nothing they could do.

Marvel Studios is actually in a partnership with Adidas, and not Nike, so this was more of a legal decision rather than an aesthetic one.

But therein lies the point; avid gamers can also care a lot about gaming-themed sneakers. And Microsoft partnering with Adidas proves this: there's a lot of marketing and profit potential in it, among others.

There's no release date yet for the Adidas-Xbox Forum Techs, so stay updated here at Tech Times.