EA Is Considering Renaming Their 'FIFA' Franchise After 'FIFA 22'

EA has revealed that they're considering a rename for their long-running "FIFA" franchise.

According to Tech Radar, this could mean that "FIFA 22" is the last ever game with the FIFA branding, as EA will now be looking to the future of its licensing partnership with the global football governing body.

EA announced its intent to rename their sports franchise in an official blog post. 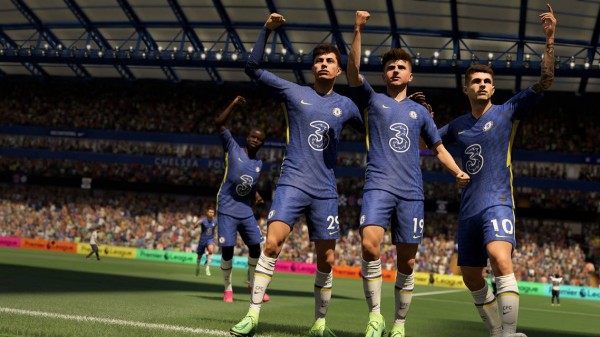 This news comes shortly after the launch of "FIFA 22," which garnered mostly good reviews.

If EA manages to go through with this renaming of the series, it will end an association between EA Sports and the international football association, which, in total, has already spanned almost three decades.

However, this alleged planned rebranding of the "FIFA" games is not going to change the football games' partnerships and licenses, which according to EA, gives them access to as much as 17,000 individual athletes, over 700 professional teams, and more than 30 high-level football leagues around the world.

According to Cam Weber of EA Sports, the plans will only involve the review of the series' naming rights agreement with FIFA, which is stated to be separate from all official licenses and partnerships they have, writes IGN.

Electronic Arts didn't exactly explain why they're going to renegotiate the branding for their football series. Though the reason could lie in the recent scandals that have involved the international football governing body, such as allegations of corruption a few years ago, which was reported on by the BBC.

Furthermore, the "FIFA" series was, once again, the center of loot box controversy with last year's "FIFA 21."

EA's Rebranding: What Could It Mean for The Franchise?

The "FIFA" series has been among the biggest titles for EA Sports over the years. This decision to rename a 28-year-old franchise could mean some big changes, though the game industry giant still hasn't cleared things out.

Hopefully, however, it won't be as disastrous as Konami's renaming of their former "Pro Evolution Soccer" series into "eFootball 2022," because that was absolutely disastrous by all means.

The erstwhile contender to the "FIFA" series has gone full free-to-play mode with "eFootball 2022," and it was not a smooth transition. In a report by Polygon, the game was shown to be chock-full of graphical and gameplay bugs, prompting a lot of gamers to review-bomb it and make it Steam's current worst-rated game ever.

It was so bad that Konami themselves had to issue an official apology:

Konami's decision to switch to free-to-play was not just in format and name. It also changed game engines from their old Fox Engine (the one used in "Metal Gear Solid 5: Ground Zeroes") to Epic Games' Unreal Engine 4.

For now, Electronic Arts also hasn't specified which name the "FIFA" series will have once the rebranding is confirmed. Though they do keep on referring to the series as "EA Sports football games," so maybe they could use something in that format.