Airless Tires are coming in 2024, and by then, they would be commercially available to passenger cars that would come out of the dealership (depending on their deals and partnerships) and in the market. The world is already teeming with innovations, and the airless tires are here to bring a new one in the market, as it provides a worry-free experience. 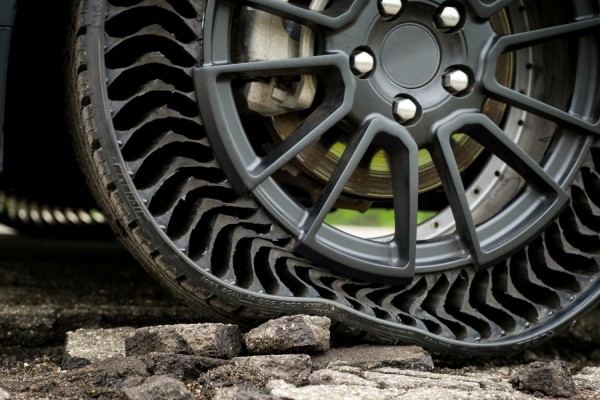 Airless Tires are coming for the future, and it would be the next-generation upgrade for the current rubbers that are slapped on most vehicles now, despite the many changes it went through.

One of the most significant changes here is the removal of the inner tube, making it the "tubeless" designs, as pioneered by Charles Goodyear and made commercially available by the likes of B.F. Goodrich, Michelin, and Dunlop.

However, fast forward to almost a century, the tubeless is now looking into airless technology, and it is pioneered by the French tire maker and known food guide expert, Michelin. Its concept and prototypes have been seen all around social media, and it is the Michelin Uptis or Unique Puncture-proof Tire System which they have pioneered.

This is a different approach to the rubber slapped on wheels of a car, as it does not rely on air pressure (airless) to keep it around and inflated to support the weight of the vehicle.

Read Also: GM Aims to Debut a Subscription Service to be Big as Netflix in 2030, But for Cars

How Do Airless Tires Work? 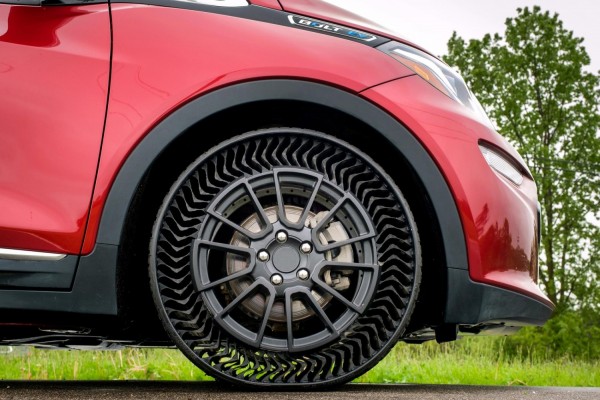 Michelin's UPTIS is the first passenger car tire that features an airless approach to its science. It is possible to be fitted with an aluminum wheel, and it is made of a flexible load-bearing structure made from glass fiber reinforced plastic (GFRP).

It still has the treads of the everyday passenger car tire that a person sees. However, its side wall is different and unique, as it is open, and is not hollow (for the air to fill). It has rubber inside, and it helps to keep the shape of the wheel and bear the load of the vehicle.

When it turns, it does not need air to support the weight, unlike that of the long-used pneumatic tires that were initially debuted by John Boyd Dunlop. The airless tires also have the feature of being "puncture-proof" despite running over nails or glass shards that would normally deflate a tire. 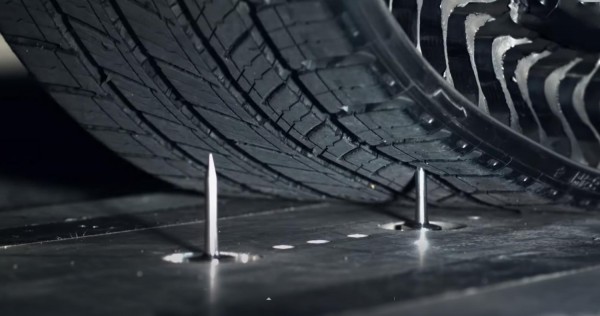 Michelin said that it had done this to reduce the waste that a car and driver would make when ridding of a broken tire and that the UPTIS is built to last.

Do You Need Airless Tires?

Michelin offers two sizes for its initial design of the tire, and it is 17-inch and 20-inch in diameter. Note that drivers need not check their tire pressure every time they go by stations. This also means that the TPMS or tire pressure monitoring system on display would no longer be needed.

Airless tires are ideal for places with bumpy roads or those who pass by construction sites as they are prone to debris that is harmful. However, the airless approach is not necessarily the best tire there is, as it is still prone to wear and tear of a normal tire.