Giant Magnetic Tunnel Could Be Covering Earth, Solar System, and Nearby Stars Within the Milky Way Galaxy

A giant magnetic tunnel could be covering the entire Earth and the solar system, and other neighboring stars. The University of Toronto's astronomers conducted the latest space study. 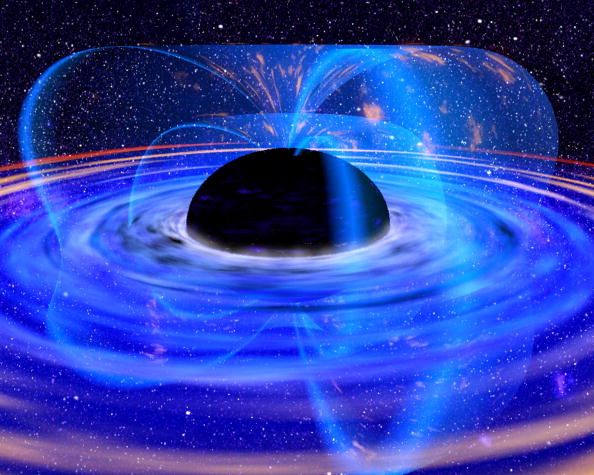 (Photo : Photo by ESA/Getty Images)
This the European Space Agency photgraph released October 25, 2001 shows a supermassive black hole in the core of galaxy named MCG-6-30-15 as seen through the X-ray Multi-Mirror Mission (XMM-Newton) satellite. With this type of imaging, scientists for the first time have seen energy being extracted from a black hole. Like an electric dynamo.

"If we were to look up in the sky, we would see this tunnel-like structure in just about every direction we looked - that is, if we had eyes that could see radio light," said Dr. Jennifer West, the Dunlap Institue for Astronomy and Astrophics' Research Associate.

The strange structures outside Earth and the solar system were already discovered way back in 1960. And now, the new research suggests that a vast magnetized filament system could connect them.

According to Sputnik International's latest report, the alleged magnetic tunnel is located around 350 light-years away from the solar system. This means if measured it away from Earth, it would be farther. 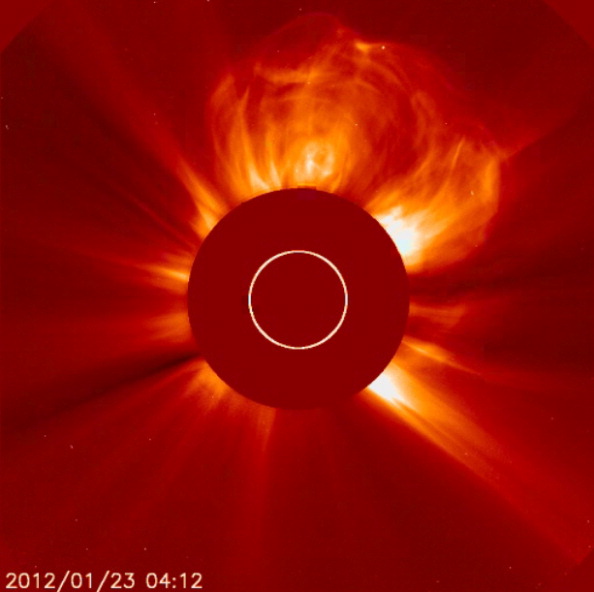 (Photo : Photo by NOAA/National Weather Service's Space Weather Prediction Center via Getty Images)
In this handout from the NOAA/National Weather Service's Space Weather Prediction Center, shows the coronal mass ejection (CME) erupting from the sun late January 23, 2012. The flare is reportedly the largest since 2005 and is expected to affect GPS systems and other communications when it reaches the Earth's magnetic field in the morning of January 24.

On the other hand, the new research hasn't stated if the space structures have negative effects on the planets within the Milky Way Galaxy.

Meanwhile, involved astronomers claimed that they were the first to study the connection of North Polar Spur and Far Region, saying that most studies only focused on them individually.

Dr. West explained that whenever they observe the two strange structures outside the solar system, she and the researchers see them covering the entire Earth. The lead astronomer added that they are hoping that their latest discovery could help NASA and other space experts solve the evolution of magnetic fields in different galaxies.

Many space experts are currently releasing new observations, which could be quite useful for other experts. Aside from the new magnetic tunnel field, The Conversation recently reported that the first exoplanet to survive a dying star was recorded.

Involved astronomers claimed that the data gathered could help know what would happen to Earth when the sun dies. But, the outcome is not good since they said that the planet would be destroyed since it is much closer to the solar system's host star.

For more news updates about space and other similar topics, always keep your tabs open here at TechTimes.