Solar panel farms will always have the problem of overgrowth. That is, unless they employ Mother Nature's tools. 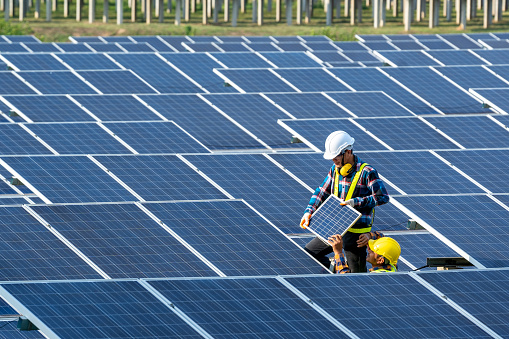 In this case, it's sheep. According to ArsTechnica, owners of solar panel farms can benefit greatly from letting local sheep graze on their grounds. And the USDA is helping funt this endeavor.

Instead of paying for lawn mowers to keep the solar panels from being overtaken by vegetation, sheep can keep the plants in check while also ensuring they're well-fed.

Furthermore, the sheep can actually get to places such as the undersides of solar panels, where weeds are hard to reach if you're using a mower or a weed whacker.

Lastly, the use of potentially harmful herbicides can also be curbed.

Michigan is one of the states that has been using sheep grazing to maintain solar panel farms.

According to the Michigan State University website, over a dozen new renewable energy projects featuring solar panels have been using local sheep herds instead of mowing to keep the grounds clear.

As per the original ArsTechnica website, so-called solar grazing has experienced constant growth for the past four years, specifically in areas such as New York state.

According to the American Solar Grazing Association or ASGA, roughly 900 acres of solar panel farms are currently being grazed. Though they claim that there's still room to grow.

Read also: These Foldable Solar Panels Will Let You Charge Your Gadgets on the Go

Solar panel farms could easily just use other grazing animals instead of sheep, right? There's not a lot of sheep in the US to begin with: data from the USDA reveals that as of 2020, there are about 5.2 million heads of sheep in the United States. 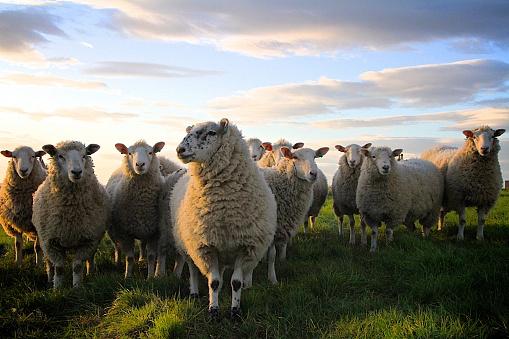 That number is minuscule compared to how many cattle (94.4 million heads) there are. However, people can't really let cattle graze at solar panel farms because of the potential damage they can cause.

This is mainly due to their size. Cattle are quite big and can potentially damage the panels by rubbing on them, same as horses. Farmers can't also use goats because they'll eat pretty much anything--even the wires connecting the solar panels.

That's where sheep come in. It's why Todd Schmitt, a professor of agribusiness at Cornell University, considers sheep perfect for maintaining solar panel farms not just in the US, but everywhere in the world.

Just in Time for the Renewable Energy Push

The American government is making a strong push towards widespread adoption of renewable energy sources.

As of last year, around 12% of the total energy consumption in the US is from renewable energy, as per data from the US Energy Information Administration. This still falls behind other developed countries.

In the future, however, the Biden administration wants that number to increase that number, and solar panels are leading the charge. They plan to generate almost half of the entire United States' energy demand purely from solar by 2050, reports The Express.

Those sheep are really going to come in handy.

Herbicide Use Questioned In Latest Controversy About GMO Food