TikTok Can Now Be Used Directly on Amazon Fire TV; Will Also Come to Echo Show

TikTok is now directly available on the Amazon Fire TV for all of you who just can't get enough of it on your phones. 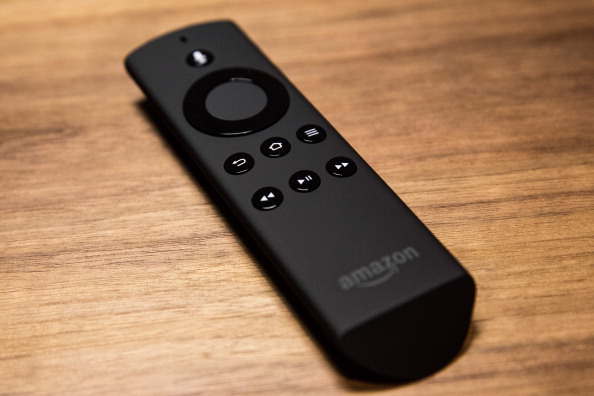 (Photo : Andrew Burton/Getty Images)
NEW YORK, NY - APRIL 02: A remote control for the Amazon Fire TV - a new device that allows users to stream video, music, photos, games and more through a television - is displayed at a media event on April 2, 2014 in New York City. The unit goes on sale today and costs $99.

DigitalTrends reports that the app will work more or less similar to how it worked on phones. There won't be any special features that come with its usage on a big-screen smart TV like the Fire TV.

However, TikTok will only be available to Fire TV owners in the United States and Canada.

The announcement came from Amazon themselves, who also announced that users can launch TikTok just by asking Alexa to do so.

According to Amazon Entertainment Devices and Services Vice President Daniel Rausch, TikTok is a "household staple" nowadays and it deserves to be viewed on a big screen. With its direct implementation into Fire TVs, families won't need to huddle around tiny phone screens to watch the latest videos.

Aside from the Amazon Fire TV, though, it was also confirmed that the TikTok app will be coming to Echo Show devices soon.

Watching TikTok on the Amazon Fire TV will be very familiar to those who have been using the app on phones for a while. Users can watch videos with Autoplay mode turned by default.

It will still have the same layout on the screen, just with a much bigger aspect ratio.

Amazon didn't confirm whether or not the TikTok app will be rolled out to Fire TV owners outside the US and Canada.

Read also: Viral TikTok Video Shows How You Can Boost Your iPhone's Battery Performance | Here's How it Works

The Massive Popularity of TikTok at a Glance

Amazon's decision to include the TikTok app in their smart TVs is an excellent business move, mainly because of just how popular the platform is today. 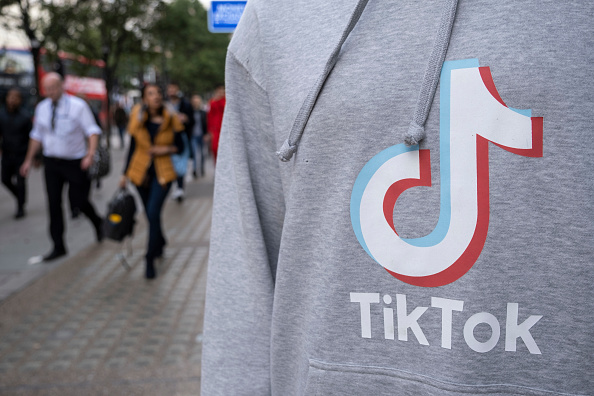 According to data collected by Wallaroo Media as of September 2021, TikTok boasted an average of over 1 billion monthly active users. This is enough to put it in fourth place behind Big Tech giants Facebook (2.9 billion), YouTube (2.2 billion) and Instagram (1.4 billion).

In the United States alone, TikTok has around 130 million monthly active users.

It has also surpassed other social media giants Snapchat, Twitter, and Pinterest despite having only been on the market for over five years.

As such, the TikTok app is also considered one of the most downloaded in both the Android and Apple app stores. Its total downloads have already eclipsed 2.6 billion worldwide.

When you think of watching videos, which site comes to mind? YouTube almost always pops up, but you can now count TikTok in the equation.

That's because the platform (known largely for videos that last only a few seconds) has already eclipsed YouTube in terms of total user watch time in the UK and US, two of the world's biggest video streaming markets. 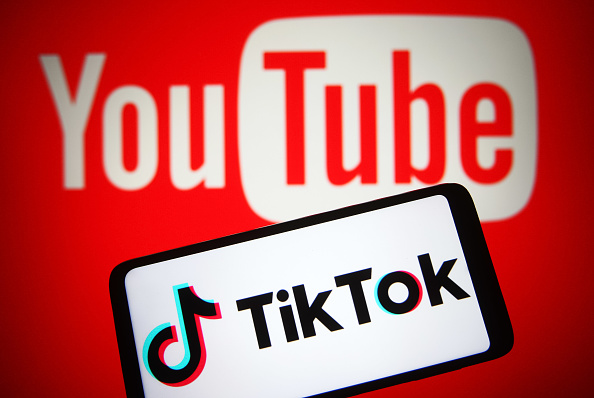 (Photo : Pavlo Gonchar/SOPA Images/LightRocket via Getty Images)
UKRAINE - 2021/10/23: In this photo illustration a TikTok logo is seen on a smartphone screen with a YouTube logo of an online video sharing and social media platform in the background.

YouTube might still be technically the number one all over the world, but the relative newcomer is really giving it a run for its money.

TikTok is Now the Social Media Platform With the Most Watch Time Per User in the US and UK, Overtaking YouTube