Low-end laptop CPUs have experienced the worst decline in quarterly shipments during the pandemic.

Mercury Research noted that the third quarter of the year prompted the unforeseen decrease in the number of the said computer hardware. The target delivery has plunged to over 18 million units starting from Q2 2021. 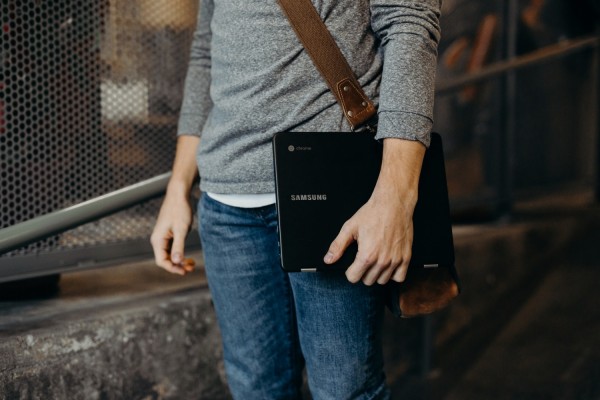 (Photo : Brooke Cagle from Unsplash )
According to the recent report, the demand for low-end laptop CPUs continues to decline this year. Read more about this report and learn what the research firm has to say about this.

According to a report by PC Mag on Friday, Nov.5, the intended CPUs for low-budget laptops have suffered from a grueling decline in demand, especially the AMD Athlon and Intel Celeron chips.

Mercury Research, a leading data firm when it comes to giving information about PC processors, wrote that the second quarter recorded a decline that exceeded 50%.

For Dean McCarron, the president of the Romanian research company, it was the "worst on-quarter downturn" that took place in the history of the computer hardware market.

In an emailed interview with PC Mag, McCarron said that the ongoing semiconductor crisis and the plunging demand of low-end CPUs have no connection whatsoever. In addition, he instead put the blame on the decreasing trend in the demand for the basic level laptops including the Google Chromebook.

As the COVID-19 pandemic eases, there are still a lot of people who depend on home-based jobs and school work. Last year, the sales of the laptops started to shoot up, triggering the demand to rise as well.

According to Mercury Research's McCarron, with the pandemic now gradually easing up, the demand for the CPUs would also be affected. Such that, almost all computer hardware in different sectors will quickly feel the impact in the shipments.

"Some pullback was expected, but the return to pre-COVID volumes was instantaneous rather than gradual," McCarron said.

Besides the Romanian independent company, Canalys observed the same event where the demand for the Chromebooks has suddenly nosedived recently.

In conjunction with this happening, users should anticipate an increasing price in the available CPUs in the market. Based on Mercury Research's stats, from $151, the average selling price could now hit $168.

In another report by CNBC, Qualcomm CEO Cristiano Amon announced that the company will have a "materially better" handling of its supply problems before the year ends.

The semiconductor giant also said that it would meet the demand for the latter half of 2022. Following this report, the stock of the company skyrocketed to over 12% on Thursday, Nov.4.

Despite the ongoing chip problems, Qualcomm remains optimistic about its plans amid competition against big firms such as Apple.

Tech Times reported in April that the surprising increase in the prices of dynamic random-access memory (DRAM) was not only coined due to global chip shortage. Aside from the supply problem, GPU production was also struck in the process.

Elsewhere, a truck heist in California saw a lot of EVGA graphics cards that were stolen by an unidentified thief. The company warned the customers not to buy the hi-jacked hardware since it knew all the serial numbers of the affected chips.

Related Article:  Global Chip Shortage to Persist Until 2023--Demands for PC to Slightly 'Soften' in the Next Years