Microsoft is Sending out Gift Cards Worth $100 via Email to Users for Microsoft Store Use—But Why?

Microsoft has sent out gift cards to randomly selected users via e-mail with some reporting that they are priced at $10 and some saying to have received as much as $100. The gift cards from the company are a part of their early holiday cheers to everyone, with people having the chance to use them at the Microsoft Store until December 31. 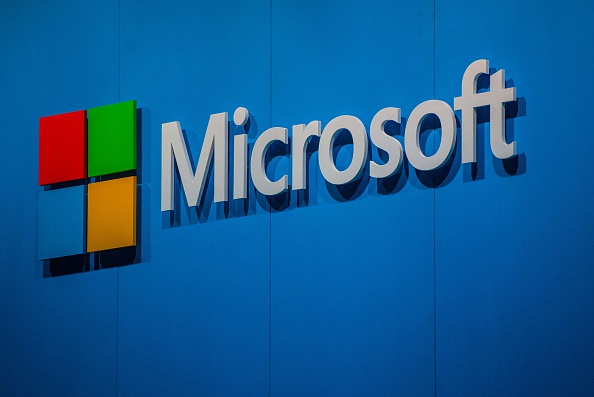 (Photo : Photo by David Ramos/Getty Images)
A logo sits outside the Microsoft pavilion during the second day of the Mobile World Congress 2015 at the Fira Gran Via complex on March 3, 2015 in Barcelona, Spain. The annual Mobile World Congress hosts some of the wold's largest communication companies, with many unveiling their latest phones and wearables gadgets.

No, this is not the sweepstakes that Microsoft Rewards has been popularizing on its feature for users to avail, rather a free giveaway that is available for randomly selected users of the company's products. The Microsoft Gift Card came as a surprise for many, as some were not aware of this offer from Microsoft but randomly popped up on their email inboxes or spam messages.

According to The Verge, there have been reports of gift cards being sent to selected users but are not for everyone to have. A Microsoft spokesperson noted that 50,000 people are eligible for this giveaway, with 25,000 people receiving $10, and 25,000 others are getting the $100.

The spokesperson also said that this is a part of Microsoft's early holiday offers to the public and would be available until December 31 before expiring.

Users can take advantage of this freebie for its use in the Microsoft Store, but if that is not for them, it may be used as a Skype credit. However, if they intend to use it outside of Microsoft's tools and products, they may opt for the gaming leg of the company, as it can be used for Xbox's Live store, to purchase games and other offers.

Microsoft has offered a lot to the public this year, and now, it is giving more than what is expected of them, with gift cards that it has sent out earlier this week to the surprise of many. The 2021 offers of Microsoft include a lot of its different products, and that is not limited to the software of the company or its Office 365 Suite.

In the middle of this year, Microsoft has announced its upcoming Windows 11, a new version of the computer software that comes next-in-line to Windows 10, something that has been around since 2015. Also, Microsoft is known to have brought massive releases for the Xbox this year, particularly with the 20th anniversary of the Xbox console.

Microsoft is giving back to the public this holiday season, and it brings them gift cards that they can use for the different needs that they have in the Microsoft Store. And while it is not as good as cash and can only be used for the Microsoft products available there and other platforms, it is still a massive help from the small $10 to $100.