Metaverse has been one of the most talked-about topics since last month following the announcement from Facebook CEO Mark Zuckerberg. During the time when the social media giant rebranded its company name, a lot of people started to throw shades at it.

Recently, Iceland released a clip about Zuckerberg's visionary goal. Instead of the metaverse, it named the virtual world "Icelandverse."

Apparently, the approach of the speaker on the video was rather comedic--that's why a lot of Twitter viewers now have something to laugh about. 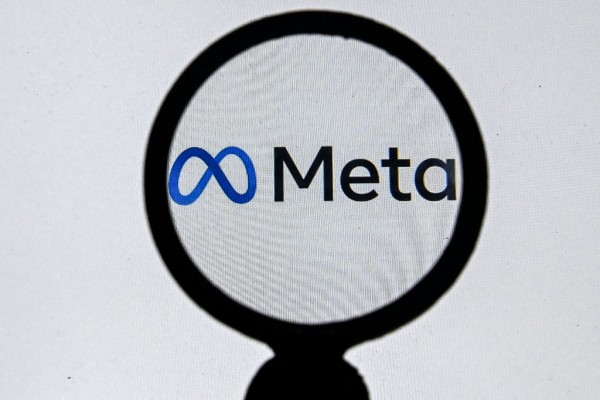 (Photo : KIRILL KUDRYAVTSEV/AFP via Getty Images)
This photograph taken on October 28, 2021 shows the META logo on a laptop screen in Moscow as Facebook chief Mark Zuckerberg announced the parent company's name is being changed to "Meta" to represent a future beyond just its troubled social network. - The new handle comes as the social media giant tries to fend off one its worst crises yet and pivot to its ambitions for the "metaverse" virtual reality version of the internet that the tech giant sees as the future

According to The Verge, there was a video about metaverse that recently made rounds online. The tech site described it as "something of a meme," but somehow, it shows the must-see things for tourists in Iceland.

In addition, the clip closely imitated what Zuckerberg usually does during a presentation. In fact, he has a look-like speaker named Zack Mossbergsson, the Chief Visionary Officer of Icelandverse. Icelandic actor Jörundur Ragnarsson played the role.

Some said an open-world experience this immersive wasn’t possible. But it’s already here. And you don’t even need silly VR headsets.

As the video continues, snaps of the waterfalls, horses, and everything that people can see around Iceland are shown.

In fact, the clip's main subject is bringing the "revolutionary approach" to establish an open-world connection in a virtual world--without being super weird in the first place.

Following that statement, he pinpointed a beautiful landscape of the country that we could see with our own eyes. He urged the viewers to go to Icelandverse one day.

Related Article: Could the Metaverse Become a Successor to the Internet? Here's How It Might Turn Out

The iconic character perfectly mimicked Zuckerberg--from his bowl haircut to his hand gestures. According to him, Icelandverse is an "enhanced and actual reality without silly-looking headsets." He joked that he would not spoil the viewers regarding it, and they would be rewarded with breath-taking scenery of the country.

Indeed, Facebook's metaverse has established strong foundations for companies to improve their technologies. Not only that, but it also serves as an inspiration for Iceland to create a resounding promotion for everyone.

Currently, the Icelandverse clip has over two million views and 28,000 likes on Twitter.

What is Metaverse For Real?

Deadline reported that the term "meta" appeared last week as part of Zuckerberg's plans to launch a virtual reality platform on the internet. Back in July, the business tycoon mentioned it as a digital environment where people can participate.

Regarding Meta's rebranding action, Binance said that the metaverse trend is perfect for crypto launch, according to Tech Times. The report did not directly mention if the popular exchange site will incorporate crypto into the firm.

In the meantime, let's take a look at how Twitter users respond to the popularity of Meta. According to one user, meta means metastatic cancer in democracy. This meme might point out Facebook's reaction amid public criticisms.

Some Meta memes are out of context, but most of them pertain to Facebook's anomalies, including the leaked documents from a whistleblower.