Facebook has gotten a new name under the Meta branding following the announcement from company CEO Mark Zuckerberg on Thursday, Oc.28. The social media giant has become the latest subject of many memes about the tech firm. 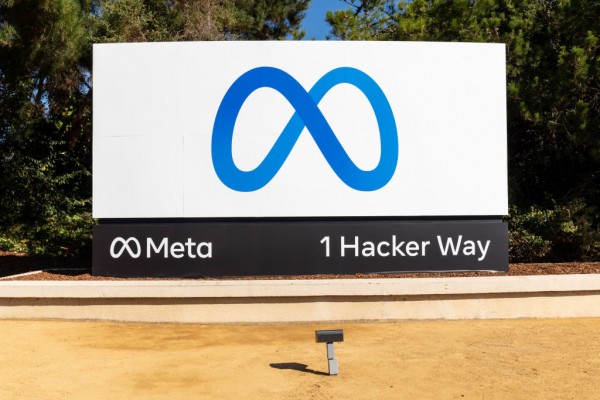 (Photo : Kelly Sullivan/Getty Images for Facebook)
MENLO PARK, CALIFORNIA - OCTOBER 28: Facebook debuts its new company brand, Meta, at their headquarters on October 28, 2021 in Menlo Park, California. Meta will focus on ushering in a future of the metaverse and beyond.

According to a report by CBS News, Zuckerberg arrived with the idea of adopting Meta as the official corporate name of the company because of the "metaverse" vision.

Despite a big-name change for the firm, it will still retain the identity of the social media platform. Moreover, other Facebook-related apps such as Instagram and Whatsapp will stick to their original branding as well.

"Our brand is so tightly linked to one product that it can't possibly represent everything we're doing today, let alone the future," Zuckerberg said during the annual Connect conference.

Another prominent name on the social sharing platform, John "Hardcoded strings" Epler, threw a pun on Meta after saying that they never "Meta" worse idea.

Still, many social advocates believe that Facebook has many irregularities in the company.

Rep. Alexandria Ocasio-Cortez has also shared her insight about Meta. She tweeted that Meta represents "metastasizing into a global surveillance and propaganda machine", which only comes after ruining civil relationships for the sake of profit.

A Twitter user posted that the brand Meta signifies appropriate symbolism to malignant tumors. In addition, another said that the company is metastatic cancer to public health and democracy.

Even Twitter's official account has joined the bandwagon of new memes for the "Big News" that it announced. Popular streaming platform Hulu also said that the company will still remain as Hulu, as per USA Today.

For Zuckerberg, the negative issues circling Facebook were not connected to the company's decision to change its name to Meta.

This week, Tech Times reported that Facebook had experienced another downtime following DownDetector's announcement. At the time of writing, the origin of the outage was said to start in the UK at around 9:00 AM.

Since the major social media app was inaccessible, many users went to other sites to post their concerns. Some complained about problems in logging in to their accounts, while others said that the problem could be on their devices.

Before the recent outage, Facebook has previously suffered from an outage earlier this month. To address their boredom, social media citizens created memes to lighten their moods.

During that time, Instagram and WhatsApp reportedly underwent the same problem, too.

In line with the Meta trend, the leaked photo highlighted the company's plan to launch its first smartwatch soon.