Tesla's Supercharger stations network has started deploying Starlink satellite internet antennas, which suggests that the EV giant of billionaire Elon Musk is planning to improve the connectivity for its customers. 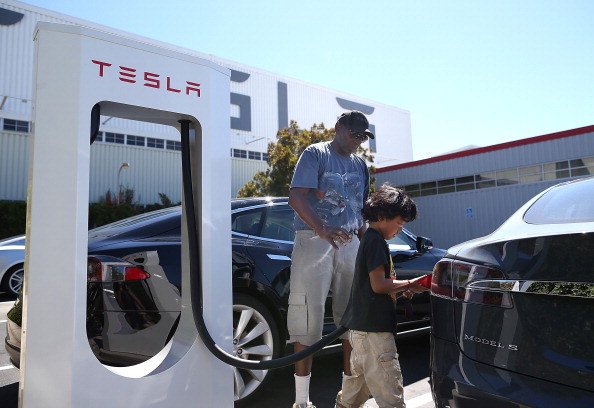 (Photo : by Justin Sullivan/Getty Images)
FREMONT, CA - AUGUST 16: Jinyao Desandies (R) and Dandre Desandies (L) plug the Tesla Supercharger into their Tesla Model S sedan outside of the Tesla Factory on August 16, 2013 in Fremont, California. Tesla Motors opened a new Supercharger station with four stalls for public use at their factory in Fremont, California. The Superchargers allow owners of the Tesla Model S to charge their vehicles in 20 to 30 minutes for free. There are now 18 charging stations in the U.S. with plans to open more in the near future.

As per a report by Engadget, the arrival of Starlink satellite internet dishes in Florida located Supercharger stations of Tesla could serve as an alternative to the Premium Connectivity of the EV giant.

Although the Supercharger stations of the Musk-led EV giant seek to rapidly improve the charging time of its users, some still spend more than 30 minutes during their visit, according to the news story from Electrek.

That said, Tesla has already worked its way to provide entertainment for EV users as they spend their time waiting for their vehicle to top up its battery.

In fact, the American EV firm already provides its owners some entertainment in-car apps, such as the likes of Netflix, Twitch, YouTube, along with other streaming platforms out there.

Not to mention that its users could also access Tesla Theater, which provides TV shows and movies on top of what is being offered on the massive libraries of the popular streaming apps.

On top of video streaming, Tesla also offers an Arcade feature, housing tons of video games to choose from.

However, the only built-in option for these EV owners is the premium connectivity plan of the tech giant, which asks subscribers to pay a monthly fee of $10 just to access all of these leisurely features via Tesla's LTE internet connectivity.

On the other hand, some decide to spend some offline time as they charge their EVs at the Tesla Supercharger network, which includes tasks like munching on snacks, as well as taking much-needed bathroom sessions.

But for more than 30 minutes of charging time, some prefer spending time with their data-heavy apps. 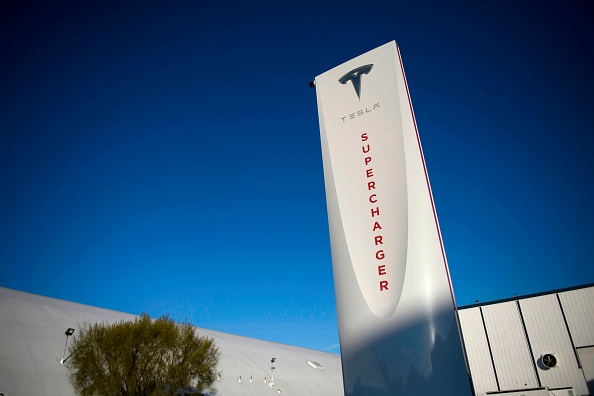 (Photo : by PATRICK T. FALLON/AFP via Getty Images)
Signage is seen at a Tesla Inc. supercharger station on on January 4, 2021 in Hawthorne, California. - After shares rocketed higher in 2020 on surging auto deliveries, Tesla enters 2021 with plenty of momentum even as its vision of taking electric cars mainstream remains a way off.

As such, Tesla seems to be including another option for Supercharger users other than the LTE connectivity that its premium users enjoy.

It is worth noting that the CEO and founder of the said EV company behind the massive Supercharger network already hinted at providing WiFi connectivity to elevate the overall experience of its massive user base.

Now, Tesla is seen deploying some Starlink dishes in some of its Superchargers in Florida by its users.

Tesla Supercharger: Open to All

As per The Verge, non-Tesla EV owners have started using the Supercharger network of the EV makers as well, which is expected to increase its users.

The move to open the Supercharger to other folks was first hinted at by the billionaire CEO of the firm last July 20.