Meta is going even more all-in on their goal to make the metaverse feel "real."

The glove, which looks like it belongs in a science fiction movie, uses hundreds of tiny motors designed to deliver a simulated sensation of touch. Aside from that, it can also lock your hand in a certain position to simulate activities like holding a ball in the virtual world.

Meta's official statement says that the glove's main goal is to "bring touch to the metaverse." Mark Zuckerberg subsequently uploaded a few videos of the tech in action on his social media account:

Aside from letting users feel objects in the metaverse, the haptic glove is also designed as a virtual reality controller, reports The Verge.

What this could mean is that instead of merely holding sticks with buttons, you can actually "hold" your game character's weapon in your hand and swing it as you would in real life.

The glove is the project of a company called Reality Labs, and it's reportedly been in the works for years. The tech itself falls under a category of robotics called "soft robotics," which is a relatively new field.

Meta hasn't announced further plans about releasing the gloves to both VR and AR users. However, their goal is likely to launch it alongside VR/AR headsets.

How Does Meta's Haptic Glove Work?

Reality Labs walked CNET through the technologies they're working on, revealing the mechanical basics of the Meta haptic glove.

Their latest designs don't use motors, but rely on pushing air through so-called "microbladders" embedded in the gloves to change its rigidity at will. Air is used to move something up, down, and laterally across a user's fingers, for instance, creating the sensation of touch.

Other glove designs are also working on making the texture of objects distinguishable. In other words, a wooden ball in Meta's metaverse would feel different compared to a rubber ball, etc.

The only problem with this specific version of the tech is that it simply wouldn't work well on a 2D screen. Thus, it is only usable in virtual reality or augmented reality. 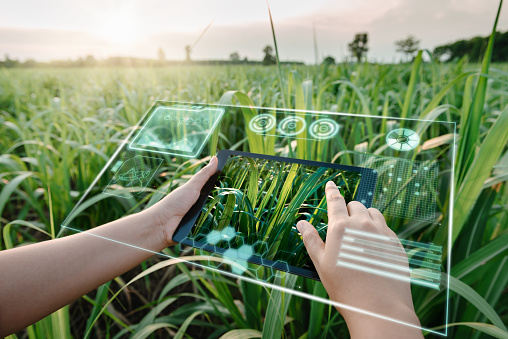 Once Meta manages to actually release these gloves with VR/AR headsets, what then? Will tech like this prompt people to completely forget about the real world, and just stay within the metaverse all the time?

This is one of the biggest fears of former Google CEO Eric Schmidt, when asked about what he thinks of Mark Zuckerberg's plans to create the metaverse.

According to Schmidt, he fears that when the day comes, people would just go for their VR/AR headsets, put on their haptic gloves, and spend most of their time in the metaverse instead of partaking in real world events.

The Metaverse Explained: What It Is, and Why You Should Care

Meta To Remove Facebook Face Recognition Algorithms, Templates—What Are the Benefits to Users?