Instagram is being called upon again for another investigation into their impact on the mental health of children and teens.

(Photo : Rafael Henrique/SOPA Images/LightRocket via Getty Images)
BRAZIL - 2021/10/05: In this photo illustration the Instagram logo seen displayed on a smartphone.

This time, the inquiry is being presided over by a coalition of US state attorneys-general. According to The Washington Post, the investigation aims to look at whether Instagram's parent company Meta violated several consumer protection laws via promoting their app to youths.

Massachusetts Attorney-General Maura Healey announced the inquiry after their internal research suggested the potential harmful effects of using Instagram on the mental health of teenagers and children.

Healey stated that Meta allegedly failed to protect young people, while also "choosing to ignore" or "doubling down" on things that pose a threat to the mental health of youths--all in the name of profit.

In response, Meta spokesperson Andy Stone said that the coalition's allegations are "false" and are born of a deep misunderstanding of facts.

This would not be the first time that Instagram (or Meta, for that matter) was called in for an inquiry over their purported negative implications on young people's mental health.

As such, the image-sharing social media platform has implemented new features such as "Take A Break," which notifies users in-app to take a breather after a certain period of time of their choosing.

The feature is expected to roll out this December, according to Instagram head Adam Mosseri:

We started testing a new feature called “Take a Break” this week. This opt-in control enables you to receive break reminders in-app after a duration of your choosing.

I’m excited to dig into the results & hopefully launch this sometime in December. ✌🏼 pic.twitter.com/WdSTjL6ZdH

Read also: Facebook Minimized the Outcome of Its Research Regarding Instagram's Effect on Mental Health

This topic has been covered so much that one could probably consider it old news. And the main reason why it's so widely covered is because it is true, more so for children and teens.

A certain report by The Wall Street Journal seems to suggest that Instagram parent company Meta actually knows that their social media app is dangerous, specifically to teenage girls. 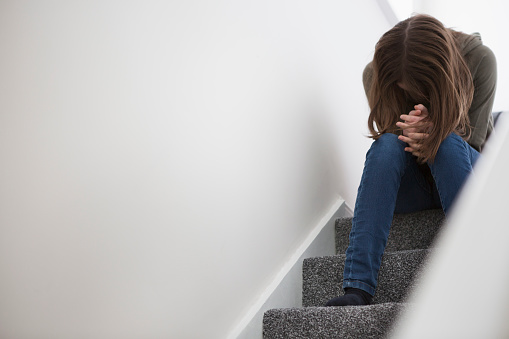 And as certain studies show, the gist of this danger boils down mostly to body image. NPR.org interviewed Destinee Adams, an Oklahoma State University senior, about how this report translates to ordinary girls like her.

As per Adams' statements, she was being bombarded with images of other girls who are seemingly pushing "impossible" standards of beauty.

There were posts telling girls to straighten their curly hair, wear heavy makeup, and it seems like these were the posts that were getting a lot of engagement on the social media platform.

This reportedly wreaked havoc on Adams' mental health, making her feel "a lot of uneasiness." But she's just one of the platform's roughly 51.4 percent female user base, which translates to millions upon millions of individuals.

Meta Pushes Back Against WSJ Report

But while they did reveal their data, the company remained combative, with Vice President and Head of Research Pratiti Raychoudhury saying that the report is "simply inaccurate" in an official Meta newsroom post.

Either way, Instagram will find itself once again in the crosshairs of authorities.