Goodbye PS5 Scalpers: Japanese Retailers Have a Smart Way to Combat Re-Sellers--Here's How

PS5 scalpers are hurting the supply of the next-gen consoles, especially when they are the reason why shortages happen in some retailers. They disrupt the friendly flow of the supply chain throughout the system by hoarding unnecessary numbers of PlayStation 5 that could have gone to other people who want to own the gaming device.

With that, Japanese retailers are now taking extreme action to combat re-sellers from ruining in-store restocks. How do they make it possible, though? 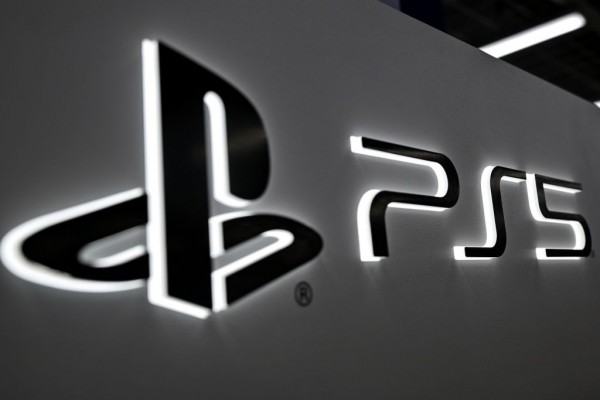 (Photo : CHARLY TRIBALLEAU/AFP via Getty Images)
Sony's Playstation 5 logo is seen at an electronics store in Tokyo on November 10, 2020, ahead of the gaming console's release scheduled for November 12.

Japan has been dealing with PS5 shortages lately, and it seems that many retailers have run out of gas to solve PS5 scalping. There are instances that some stores call for the police to solve the matter.

Last October, Nojima Denki, a popular retailer in Japan, announced its new implementation to bar PlayStation 5 resellers from flocking in the store. This technique involves writing the buyer's name on the side of the console's boxes.

Another effective method that prevents scalpers from exploiting their business is by destroying the entire packaging of the controller. For November, another store proposed a unique way to combat PS5 scalpers.

In a report from PSU on Monday, Nov. 22, Japanese retail chain GEO has joined the anti-scalping trend following its new policy that involves marking the packaging of every sold PS5 console.

GEO is currently implementing the lottery system in terms of PS5 sales. Earlier this week, the store officially started its anti-scalping technique where it asked the customers if they agreed to the brand-new rule.

Specifically, the Japanese retailer will tell the buyers that it would open the PS5 and draw a "large cross" on the DualSense controller's packaging. The marked PlayStation 5 would be counted as a "used console."

What Happened to Akihabara in February

According to another report from VGC, a commotion took place in one prominent Japanese store. At that time, the retailer said that it would limit PS5 sales as part of preventing scalpers from entering the store.

In addition, it restricted customers' access by allowing only the credit card plan members to buy the console. The store decided to randomize the sales schedule of the PS5 supplies as well.

The Akihabara shopping district, where retailer Yodobashi Camera is located, has been busy during the February event. The shop said it would offer PS5 consoles to the customers on a first-come, first-serve basis.

Later, hundreds of people rushed to the store and accidentally pushed some staff. Because of this incident, the PS5 selling was canceled after the police arrived at the scene.

It was said that Akihabara-based stores usually do not require a credit account to purchase expensive items like PS5. According to the authorities, this could be the reason why the commotion took place at that time.

As 2022 is approaching--buyers--expect that getting PS5 would be much difficult because of Sony's plans to trim its current units to nearly one million.

In the same month, when the fiasco erupted in Japan, some PS5 resellers tried to save their reputation by saying that what they were doing is for the charities. They said they are donating a huge portion of the membership fees to a food bank.

Redditors Say No to PS5 Scalpers

Earlier this year, Tech Times reported that Redditors refused to buy PlayStation 5 from resellers. Around that period, they recommended that customers should visit Sony Direct, Best Buy, Amazon, Walmart, GameStop, Newegg, and Dell for a chance to secure their purchase.