MrBeast had recreated a real-life production of Netflix's hit Korean drama, thriller, and action, "Squid Game," which was a global phenomenon when it was released in the latter half of the year. The popular Korean drama series has earned a lot of praises from the global audience, being the center of Halloween this 2021 and YouTuber recreations. 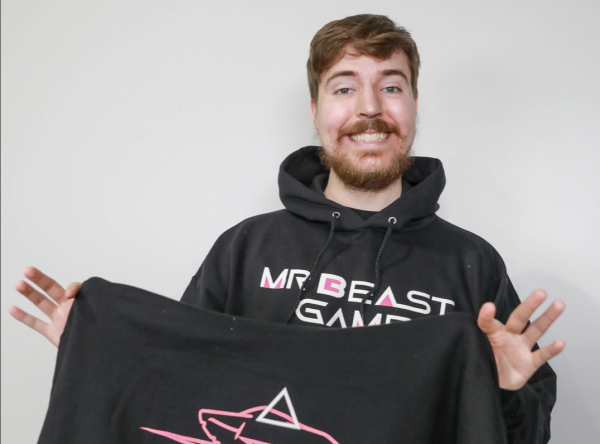 MrBeast has made a real-life recreation of "Squid Game," something that has been popular in recent months because of Netflix's popular series. The rules and games are similar, survive and win the different stages, and a single contestant can also win massive prize money straight from the YouTuber's account.

The YouTuber, Jimmy Donaldson, a.k.a. "MrBeast," would act as the Front Man in the series, the one who controls the games and is an overseer of the happenings. The same green tracksuit was worn by the contestants, and the same red jumpsuit was worn by the guards or those that ensured that the game is running well.

The game has invited 456 people to participate, and MrBeast said that their selection was based on a random process which he did not divulge, unlike the game that picked expendable citizens who live on debts. The YouTuber has reportedly spent $3.5 million on the production of the video.

'Squid Game' Recreation from MrBeast Has Price Money Too

For the last 48 hours, MrBeast's "Squid Game" recreation has garnered over 5.5 million views, which Donaldson has reposted a screenshot of on his Twitter account.

The release of Netflix's "Squid Game" has made a global success, and not just in the local release in South Korea, shattering the all-time views of the popular streaming platform. The series is popularly known to have a sequel or second season coming in the next year, and this is different from known K-Dramas which only has one season to complete its story.

The popularity of "Squid Game" does not stop there as it has been the global costume for Halloween 2021, having a red jumpsuit, the mask of its guards, the Front Man, or even the players in green tracksuits. The series has been celebrated globally, with people jumping into conspiracy theories and content for the series, something that has sparked a massive fanbase.

The adaptation of MrBeast for "Squid Game" is close to the original, and it also costs a lot like how a regular indie movie or production is made. This only shows how much sophistication, planning, wardrobe, special effects, and other film elements were put into the making of the popular Korean series, something that MrBeast has enjoyed while doing and after its production.