Black Friday Deals: Oculus Quest 2 Headsets Are Up For Grabs Plus $50 Gift Cards

Black Friday deals keep popping out in various stores as people seek multiple discounts on select items. For those who want to elevate their virtual reality (VR) experience, Oculus Quest 2 is now on sale on Amazon and Best Buy. Both of these retailers are bundling a gift card worth $50 so don't miss this latest deal this time. 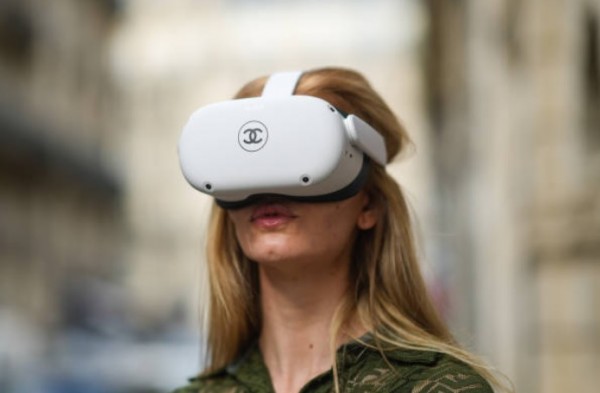 Since Facebook (now Meta) CEO Mark Zuckerberg announced more information about the upcoming Oculus Quest 2 back in 2020, the surge in the pre-orders for these mixed-reality headsets was seen.

According to the business tycoon, the sales of VR wearable increased ten times since its release. If you have missed the previous deals for Oculus 2 headset, you shouldn't let this opportunity pass for the Black Friday sale.

Per Comicbook's report on Wednesday, Nov. 24, Oculus Quest 2 will be available for holidays on Best Buy and Amazon. Paired with $50 gift cards, your Black Friday shopping spree for this VR headset is guaranteed to be faster and easier since logging in to your Facebook account is not required anymore.

You can choose from two options for your preferred Oculus Quest 2: 128GB and 256GB version. The first one costs $299 whereas the variant with larger storage is priced at $399.

You are eligible to use the gift card if you want to buy some headset accessories for Facebook's wearable device. If you want to save it for the holiday, that's fine since you can still use it later on.

Amazon said that by Nov. 28, the bundle deal would end. It encourages the customers to utilize this perk before the deadline.

Click here to purchase it from Amazon. If you want to buy it from Best Buy, proceed here.

In the same report by Comicbook, the Oculus Quest 2 is described as the "most advanced all-in-one VR system" so far since it does not require any console to work. The description of the product says that it has been engineered for the user to meet the virtual world and explore it.

Compared to the previous Quest model, it boasts 50$ more pixels which let you see displays at a clearer level. To access VR games, there's a separate Oculus Link cable that you can purchase so you could "virtually" feel the action around you.

Apart from that, Oculus Quest 2 lets you play with friends inside a virtual space. Its live casting will help you experience the mixed-reality touch from another world.

The holiday promos are not ending on Quest 2 as Meta has another Black Friday surprise for fans through the Supernatural VR Mat. You can now get this at $42.

Running into rigorous workouts could take a lot of time, but the Supernatural VR fitness app will help you get through with them with ease. Don't forget to grab this Black Friday deal that will run until Nov. 29, per CNET.

For more Black Friday deals, check our article about the latest Roku streaming accessories which include TVs, sticks, and boxes. For game-savvy people, Nintendo has recently launched a Black Friday sale for the Switch console with the inclusion of "Mario Kart 8."

Read Also: Oculus Quest 2: How to Play PC Games and Set Up a Wired Connection