NASA unveils its latest updates that skywatchers should look forward to for December. This time, you could witness an upcoming comet Leonard, Venus, and the Geminid meteor shower.

Here's everything you need to know about these astronomical events that will happen before Christmas. 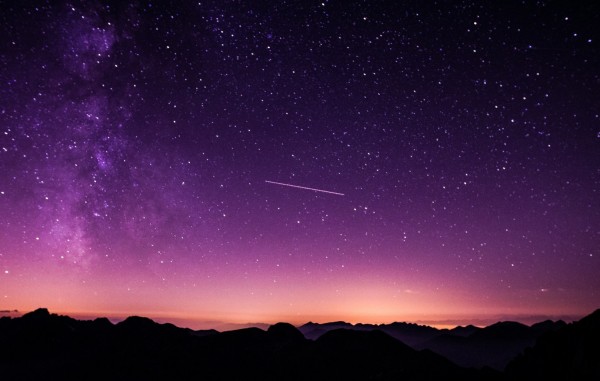 (Photo : Vincentiu Solomon from Unsplash)
NASA unveils its latest updates that skywatchers should look forward to for December including comet Leonard, and more.

According to a report by Scitech Daily, the comet Leonard will be arriving in the first two weeks of the month. Recently, NASA scientists said that you could potentially see this once-in-a-lifetime comet as it traverses to the planet on Dec. 12.

What's interesting about this discovery is you could actually witness this rare sighting with a naked eye. The only thing that you need to watch out for is its brightness which could be hard to predict.

The best skywatching tip that you should do is to carry a pair of binoculars so you could view it in the best possible way.

Regarding the passing of this space body, NASA mentioned on its website that this comet would be situated in the east before sunrise. It would pass between the Big Dipper's handle and Arcturus.

As it sets, the object will become smaller around Dec. 14. As soon as the sun rises, it would gradually fade from the horizon.

Your Christmas skywatching edition would be more fruitful with the addition of Geminid meteor showers. This year, NASA said that stargazers could catch a glimpse of them on Dec. 13 and 14.

Overnight, you can see up to 40 meteors in just an hour. For first-timers, Geminid meteors resemble asteroid debris that burns up in the planet's atmosphere.

At the time of the Geminid event, NASA wrote that the sun would be 80% brighter than ever so this would affect the visibility of the meteors. There's another interesting thing that you can see here at 2 am: the setting of the moon before dawn.

"Geminids are one of the few meteor showers that are caused by debris from an asteroid that crosses Earth's orbit - in this case, one called Phaethon," NASA said about this upcoming meteor shower.

Finally, the last thing that you could watch for December is the second brightest planet in the sky: Venus, per Digital Trends. Besides the Earth's neighbor, you could also view Saturn and Jupiter in clear skies on Dec. 7. They would be situated above the hottest planet in the solar system.

If you want to take your skywatching experience to the next level, check the top 5 best telescopes that you can use before the year ends.

Elsewhere, Tech Times reported that astronomers discovered a planet that is entirely made of iron. The latest finding could hint scientists about the origin of Mercury in its golden days.