The world's first warp bubble emerged as a recent accidental discovery by DARPA-funded researchers, according to the latest report. The Limitless Space Institute (LS) team led by former NASA warp drive expert Dr. Harold G "Sonny" White has spotted an interesting encounter that could be used by the spacecraft for faster travels. 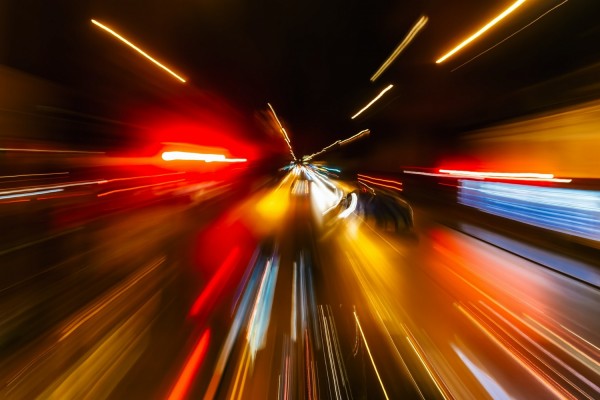 (Photo : Ian Taylor from Unsplash)
The world's first warp bubble emerged as a recent accidental discovery by DARPA-funded researchers, according to the latest report.

In an interview with The Debrief earlier this week, White said that their serendipitous encounter with the warp bubble is not about it being a bubble analog. The specialist said that it was a real and tiny creation of its kind, making this accidental vision a significant breakthrough.

Initially, we knew that Miguel Alcubierre, a Mexican mathematician, tackled the warp drive through his mathematical calculation. In 1994, he proposed that this science fiction-like discovery could allow space vehicles to traverse the universe without violating any physics laws.

Since then, many scientists have shared their thoughts about warp drives. Some of them knew that it was impossible to devise some proposals.

Back in September, Tech Times reported that NASA wrote its explanation about the Alcubierre drive. According to the space agency, the warp drive borrows the two concepts from the famed General Relativity by Albert Einstein.

While reworking what Alcubierre did in the past was possible, White said that they would be needing to lessen the energy requirements and materials from the original creation. This potentially gives the experts a ghost of a chance about its occurrence.

Seemingly, it resembles what we usually see in "Star Trek" movies, but this real-world warp drive could also not require the reduction of exotic matter, according to some physicists.

In a similar report by The Debrief, the DARPA-funded researchers jump into a more feasible approach from sticking to theoretical concepts. Per White, his team believes that there is a way to achieve this goal.

In the latest findings in the European Physics Journal, the DARPA project appears to be closer to the set Alcubierre metric to attain the creation of a warp drive. It was mentioned there that the negative energy density distribution somehow matches the original requirements.

Moving forward, White and his team are looking forward to designing a testable "warp drive craft" in the next tests. With that, they would make use of a toy model to see if it has a qualitative correlation with Alcubierre's.

How Does a Warp Drive Work?

In a report by The Conversation, the Alcubierre warp drive works by making a space-time around the spaceship. It would curve the latter to lessen the distances between them.

For the creation of negative energy, an imbalance between the particles could take place. The mass would trap a particle while the other one would be the negative energy in the space-time bubble.

However, there's another statement why light-speed travel is bad, per Tech Times' report. First, the spacecraft could not cope up with the speed which would result in its destruction.

The second reason why it is bad is because of the time dilation which means that time slows down when you move faster.