Waze Alerts on Speed Traps and Police Reports Are Inconsistent, According to Users

Waze users are currently complaining about the inconsistent alerts regarding police reports and speed traps. According to some people who use the app, they can no longer receive an alert when they go to a previous location. 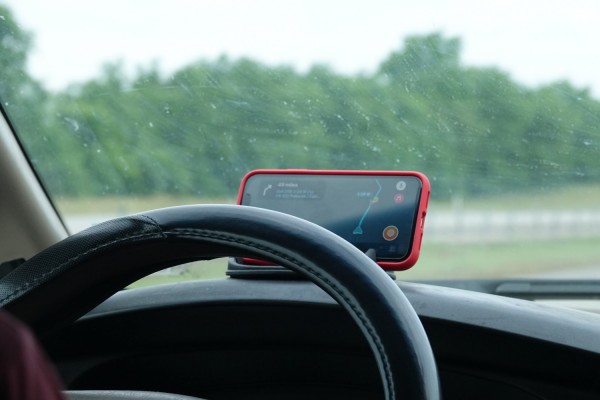 (Photo : Sean D from Unsplash )
Waze Alerts on Speed Traps and Police Reports Are Inconsistent, According to Users

According to a report from Phone Arena, a Wazer user said that he does not receive any alerts that will tell him if there's a police trap ahead of his path.

Even though the driver sees the speed trap popping out on the display as he moves, he should manually place it on the screen upon checking the road.

"I have alerts and notifications selected but I no longer get notified (about police and speed traps) and .. wondering if Waze is no longer allowed to do this? Or is anyone else experiencing this?" a Wazer user asked the official help page of the app.

Shortly, one user commented that people should continue receiving road alerts from the app since some of them do not know the bugs that are happening at this time.

The responder answered that the users should know that there's some delay that will appear before these speed alerts come out. In addition, if many people have downvoted the report upon getting the alerts, there's a chance that it would quickly disappear.

Phone Arena mentioned that the system is keen on allowing "trustworthy reports" on its site. This means that users could not actually see other reports depending on the user's history.

Related Article: Waze is Currently Experimenting Dark Mode in Alpha Version | What to Know About Day and Night Settings?

Phone Arena wrote in the same article that the speed alerts could be directional in the sense that some of them won't appear as notifications to the drivers. Specifically, this pinpoints those Waze users who have been driving the opposite path from you.

According to another app user, she could hear the alerts from the app only "50% of the time." She likened her experience to an odds-and-tails scenario where there's a split chance of getting tails or heads.

Auto Evolution reported that some CarPlay users complained about the sudden freezing of Google Maps and Waze. Some even said that they experienced a black screen or stuck loading of the UI in the screen.

Furthermore, they claimed that this issue arises when opening other apps such as Spotify and other Google-related applications. However, others thought that the CarPlay platform is the problem behind this.

Upon updating their previous OS to iOS 15.2 earlier this December, users said that they frequently encounter such problems. To fix this problem with Waze, click the icon of the app on the iPhone and relaunch it.

Last October, Tech Times reported that iPhone 13 users encountered issues when using Apple CarPlay. The bug results in an app crash when a person chooses a song to play.

For the solution, the tech publication recommends that users should reset their phone's settings and update their operating system to its latest version.

Meanwhile, German users of the Apple Maps could now report road accidents and other hazards through the app, Tech times wrote.

Read Also: Waze Debuts 'PAW Patrol,' Making the Drive More Kid-Friendly-Here's How to Use for Navigation

This article' is owned by Tech times

Waze Debuts 'PAW Patrol,' Making the Drive More Kid-Friendly—Here's How to Use for Navigation

Waze is Currently Experimenting Dark Mode in Alpha Version | What to Know About Day and Night Settings?

iOS 15: CarPlay Does Not Work Properly on New iPhone 13