The indie game industry boomed last year. This 2022, we expect that many independent game studios will continue to release games that will feature different genres, mechanics, and stories.

This time around, we will tackle some of the indie titles that could have been released in 2021 but are rescheduled this year because of unforeseen problems.

Here's a list of the most awaited indie games that we could see in 2022. 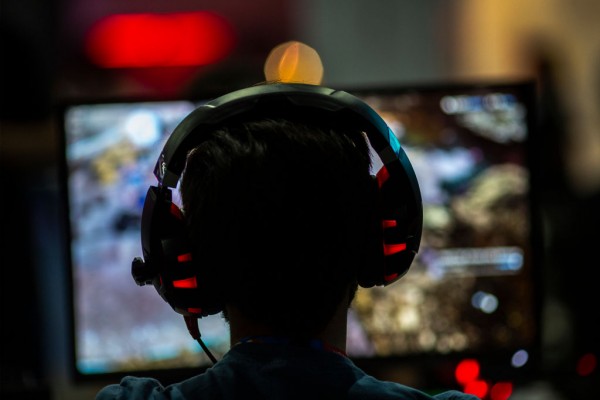 (Photo : David McNew/Getty Images)
LOS ANGELES, CA - JUNE 12: A gamer visits the IndieCade exhibit at E3 2019 at the Los Angeles Convention Center on June 12, 2019 in Los Angeles, California. The Electronic Entertainment Expo is billed as the largest gaming industry expo of the year.

According to Polygon, the notable video games from the small independent developers might come out soon. Check these out here.

From the title itself, you could quickly guess what's inside this indie game. Yes, this game title is all about dating. The gameplay for "Thirsty Suitors" will revolve around Jala, a woman who just returned to her hometown that is full of gossip.

Expect to see her take a huge part with other people, including her friends, family, and even her ex-boyfriends.

"Thirsty Suitors" was introduced in 2021 during last year's The Game Awards. According to Outlerloop Game, this game will feature cooking and RPG turn-based combat. Take a look at its trailer.

Indie game titles often contain a strange combination of words that do not make sense in the first place. For example, "Bear and Breakfast" by Gummy Cat features the bizarre experience of a player as a bear who just got into its breakfast.

This adventure game borrows a cartoonish art style paired with beautiful storytelling for the gamers. We could anticipate launching sometime this year on select consoles, including PC and Nintendo Switch.

Speaking of the latter, you can check our latest report about the five best relaxing games on Switch.

"Norco" takes a page out of a science fiction pick that focuses on the appearance of South Louisiana. You will travel through the suburbs of the region and the industrial swamplands in the area.

It might look outdated on its graphics, but it could hit you with a nostalgic 8-bit touch for its visuals. There's so much more to expect for this indie game besides its launch that will take place this year for Windows users.

This indie role-playing game will allow you to play inside your dream. "She Dreams Elsewhere" gives a different vibe to gamers who are longing to know what's inside their dreams at night.

There's a twist behind this title. The surrealism in its content will haunt your gameplay, especially when you have a bad dream the night before.

We could expect this game to be available soon on Xbox, PC, Mac, and Switch consoles.

For cooking game fans, Visai Games' "Venba" is all you can have for this year. The game takes place in Canada in the 1980s, where an Indian mother will be tasked to cook various recipes for her family.

In general, this is not just a cooking game title but also mixes drama and other elements in one cup.

This 2022, "Citizen Sleeper" by Jump Over The Age will strike you for another ride thanks to its tabletop elements combined with RPG. All you need to think about this indie title is to survive in your environment.

Meanwhile, Tech Times reported that more than 100 games will be introduced to Xbox by Ubisoft. Subscription service.