HMD Global is bringing cheap Nokia phones soon following its announcement during the CES 2022 tech show. Apart from the usual iPhones and Android gadgets that we see, the Finnish mobile device creator is returning with a twist this year. 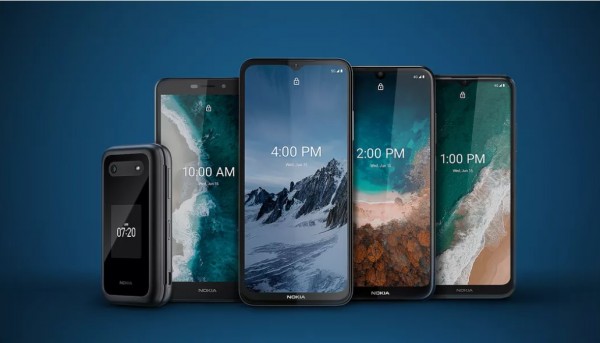 (Photo : HMD Global)
Nokia surprised the fans with its five new phones that are all under $250 during the CES 2022.

According to a report by CNET on Thursday, Jan. 6, Nokia said that it would bring an affordable batch of phones to the United States. It is expected that the lineup will be available in the next few months.

The biggest revelation about these products is their prices that are consumer-friendly at the users' end. The tech publication wrote that no Nokia phone sits at a price of over $250.

Expect that a 5G phone and a bunch of 4G models will be gracing the customers for this year.

In the same report by the news outlet, here are the upcoming Nokia phones that we could see in the next few months. Here is a list of their corresponding prices.

"Research shows that customers are looking for the best value for their mobile phone budget -- including a large display, long battery life, and high-quality camera experience -- and Nokia phones deliver on every element, making them a trusted and reliable phone for consumers and partners in the United States," HMD Global CEO Florian Seiche said in a release.

At the moment, many Nokia phones have been rolled out across the US. However, HMD Global caters to more users in Africa and Europe than in the Americas.

Nokia Expansion in the US

The phone maker anticipates that its business will expand pretty soon in the said region through its two new carriers. Together with Consumer Cellular and Dish Wireless, we could expect more products and services to launch in the country.

Given that the smartphone market is completely dominated by Apple and Samsung, it's interesting to see another round of greatness that could take place for another brand.

Amid the rise of Chinese and American brands, Nokia appears to be prepared for a new competition that is coming ahead of its way. Through its affordable phones, it has a chance to compete with the biggest names in the industry.

In a statement, CCS Insight analyst Ben Wood said that this would pave the way for the capable devices in the American market. He expects that more companies will expand their services amid the surge in the number of Android phones.

In another CES report, TechRadar wrote that besides Nokia phones, Samsung Galaxy S21 FE, OnePlus 10 Pro, TCL, and Vivo V23 were announced in the recently-held event.

Elsewhere, Tech Times reported autonomous cooking using smart kitchen technology. Also, BMW presented its Theatre screen which is supported by Amazon's Fire OS. The in-car technology is considered to be an upgrade for the cinematic viewing experience of the passengers on-board.

CES 2022: How Smart Technology is Revolutionizing the Kitchen