Tesla to Announce New Product Roadmap Update on January 26 | Can We See Semi Truck This Time?

Tesla CEO Elon Musk said that he will be speaking for the upcoming product roadmap update that will take place on Jan. 26. According to the tech billionaire, more information will be revealed in the 2021 Q4 earnings call.

Here's what to expect for the next earnings report including updates about Cyber Truck and Semi. 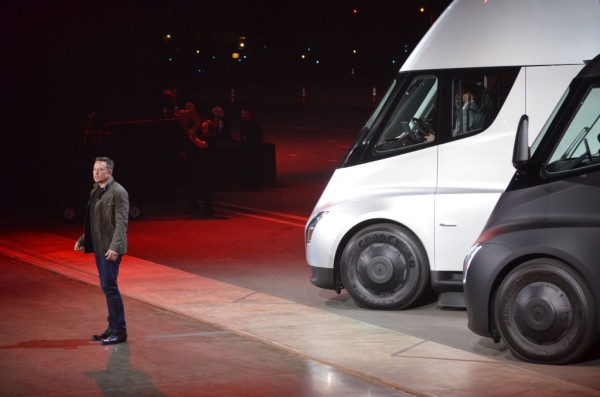 According to a report by Electrek, the EV maker will discuss a summary of the Q4 earnings along with the annual update last year. Tesla will be hosting a Q&A webcast on the said date at around 4:30 PM to tackle more about the company's plans for business and products.

This time, Elon Musk is expected to lead the conference after he failed to attend last year's meeting. In the same report, the business tycoon said in December that he will be speaking about the product roadmap update for the next call.

Where is Tesla Cybertruck Listing?

Recently, Tech Times reported that the online listing for Tesla Cybertruck disappeared on its website. The removed information on the page included all the specs and prices for the electric pickup truck.

With that, we expect Musk to answer questions about why the company decided to remove all of the details about it, including its production state which was initially mentioned to begin in late 2022.

The Tesla boss will update the customers and investors about the new upgrades and changes for the EV. In addition, Musk previously stated that it would sport a new top trim together with its quad-motor version. However, he did not mention the exact pricing for this vehicle.

Originally, the tri-motor edition was incorporated into the previous Cybertruck top trim. This version features more than 500 miles of range. It costs $69,900.

Could We See the Tesla Semi This Time?

Speaking of the road map, some people believe that Tesla will provide details about the Tesla Semi. The company investors anticipate that Musk will give updates for the timing and production specs for its volume production that will be staged at Gigafactory Austin.

Furthermore, the shareholders expect that they will hear a word about the Tesla Model Y production in Austin and Berlin.

In another report from The Verge, the California Department of Motor Vehicles is reportedly weighing the situation if it will allow Tesla's FSD beta to operate amid complaints about its safety.

According to the report, several groups voiced their concerns about the launch of the Level 2 driving feature in the public. However, some are still skeptical if autonomous driving will not cause harm to the drivers.

Still, the agency will revisit the options if it permits the automaker to use its technology despite being scrutinized because of its potential road dangers.

Tesla Hacking Incident by a Teen

Meanwhile, Tech Times tackled on its latest report that a teen is set to face interrogations after it allegedly spied the owners through the app's vulnerabilities.

So far, we only knew that Tyler Corsair, a fact-checker revealed the identity of the German youngster, David Colombo. The teenager was suspected to use an unidentified app to carry out his Tesla hacking scheme.