Apple released statistics of its tally of all iPhone users, showing that 63 percent of the population is already on its latest software, the iOS 15. However, there is still as much as 37 percent that sticks with older OS, particularly iOS 14. The Cupertino company is now prompting an update for the iOS 14 users more frequently to change to the latest system.

Apple iOS 15: 63 Percent of All iPhone Users Are in the Latest OS 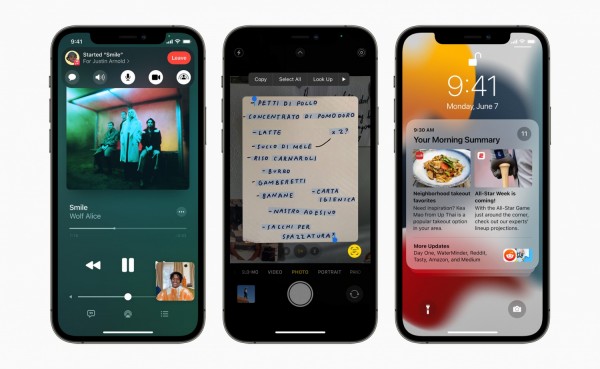 Apple's developer website updated its latest statistics on the total iPhones now running the iOS 15, and it shows a massive number of 63 percent users. The numbers show more than half of the total population of iPhone users, but it still does not have the entire population or 100 percent.

Nevertheless, this is a massive win for Apple as it aims to have everyone in the latest operating system it offers.

Another focus that Apple brought on its website shows that iPhones sold from 2018 or four years have 72 percent of users updated in iOS 15. It is quite nothing that the iPhone released in 2018 are the iPhone Xs and Xs Max variants, and these devices follow the previous release of the 10th iPhone device, the iPhone X.

Read Also: What is Locket? iOS Widget App Tops App Store for Its Social Networking Features; How Does It Work?

According to Mac Rumors, the iOS 14 users are getting more update prompts to iOS 15, despite Apple saying that people can stay in the previous operating system. The last iOS 14 release is version 14.8.1, but people would get more prompts to update the iOS 15 instead of the previous OS.

Apple's initial decision of letting people stay at the iOS 14 is now different, as they push for the latest OS for the smartphone devices.

Apple is known to confirm its latest operating systems during the mid-year Worldwide Developer's Conference (WWDC) that happens on an annual basis. The iOS 15 got its confirmation last WWDC 2021 and was made available in September last year. It did not release simultaneously as the iPhone that usually comes at the fall season.

One of the most notable contributions of the iOS 14 is the Privacy Settings that tightened its measures, especially for app trackers and data collecting features, alongside the Widgets. These features carried over to the iOS 15 and iPhone users all enjoy the said features from the previous OS, bringing a new landscape for people to enjoy the system.

Apple may be having the time of its life for the popularity of the iOS and iPhone among users, especially during the present as people are more adept at using their devices. However, not everyone is on the same page, especially those that are still holding out on their update for iOS 15.

The larger half of the iOS 15 users may now be enjoying the latest updates, but a good percentage are still in the previous iOS 14.

Related Article: Apple's iOS 15 Includes Feature That Notifies You if You Left Your AirPods