Scientists have discovered a new enzyme from composted leaves which, according to them, can be used to break down plastic into its recyclable form in just a matter of hours. The discovery was made by Carbios, a French company. 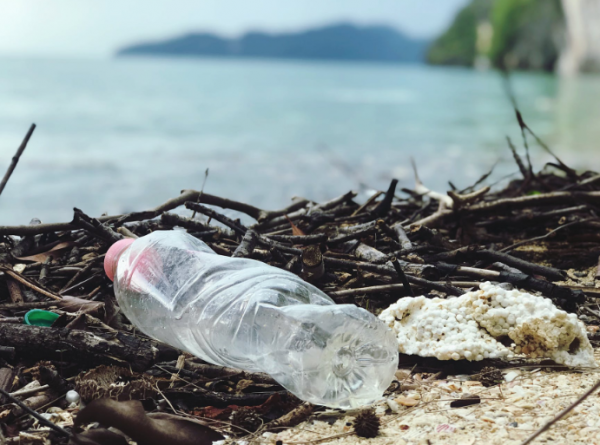 Read Also:  EVEN BIGGER! Researchers Unearth Ancient Continent That is Actually 10% Bigger Than They Originally Estimated

Carbios, the French company that discovered the enzyme, is already talking to companies like L'Oreal and Pepsi to try and develop industrial market scale production of this breakthrough within five years.

According to The Guardian, Carbios deputy chief executive Martin Stephan told them that "We are the first company to bring this technology on the market, Our goal is to be up and running by 2024-2025, at large industrial scale."

When asked about the planet's waste problem, Stephan said that the reduction of plastic use is one of the main parts of solving this. "But we all know that plastic brings a lot of value to society, in food, medical care, transportation. The problem is plastic waste," he said.

This new discovery is now part of an army of recommended solutions whose mission is to decrease the amount of plastic pollution in the world that has, in the last decade, grown to become a pressing concern for everyone.

A handful of scientists from the University of Toulouse have also been applying their findings to the goal of recycling of plastic-- which is another part of the problem.

It is a well-known fact that plastic is not easy to recycle. There are a lot of different variants of plastic materials that are made from multiple layers of different esters which require numerous tedious processes and expensive equipment to breakdown.

The community is doing its part in battling against plastic

There are also many public and private organizations around the world that are trying to find ways to solve the plastic problem--Boyan Slat, and 4Ocean are a few of them. Slat is a young engineer who became famous for taking on the Great Pacific Garbage patch where he and his team collected two shipping containers full of trash. His objective is to introduce numerous Interceptors in all 1,000 of the world's worst polluted rivers by 2025.

4Ocean, on the other hand, has been widely known for their $20 bracelets made of plastic that have been collected from the ocean. With millions of pounds of garbage and trash in the ocean floating along Central America's coastlines, the founders of the company, Alex Schulze and Andrew Cooper, used this opportunity to take all that material and transform it into something useful, functional, and beautiful.

Schulze told Good News Network that "Expanding our cleanup operations into Central America offers us an opportunity to create significant change in the ocean plastic crisis. Our plan is to not only remove millions of pounds of plastic by leveraging innovative cleanup technologies but to also stop plastic pollution at its source by working with local communities to change plastic consumption habits."

Carbios, has partnered with other European companies under the name Carbiolice. In 2019, they developed a film made of plastic that is compostable in any municipal or home compost pile.

Their main mission is to reduce the production and use of these plastic products, as well as to use the existing plastic waste in other things, such as these films, single-use bags and plastic packaging and tableware.

Read Also: Research Says that 80% of COVID-19 Patients Contracted the Virus From Someone Who Showed No Symptoms