NASA's TESS Mission Finds 'Super-Earth,' 50% Larger and 3X Heavier than Earth, as One of the Oldest Stars

NASA's planet-hunting TESS (Transiting Exoplanet Survey Satellite) mission has just recently discovered a hot and rocky planet known as "Super-Earth." The planet, also known as or the TOI-561b is found orbiting around one of the oldest stars situated in our Milky way Galaxy.

According to Space,  the "Super-Earth" has a size that's 50% larger than the Earth and with three times its mass. The new found planet is also dubbed as the "exoplanet" due to its location outside of our solar system. 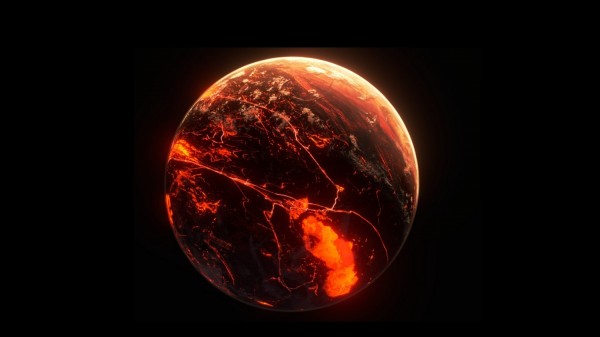 The findings have been published in a study in The Astronomical Journal and was launched and presented just this Monday at the virtual conference of the American Astronomical Society.

Stephen Kane, a study coauthor and astrophysicist at the University of California, Riverside, through an interview via CNN, says that "For every day you're on Earth, this planet orbits its star twice." The newly discovered exoplanet orbits faster than the Earth and only takes less than half the Earth's day to complete its spinning around the star.

NASA's planet Hunting TESS mission, which started in 2018  regularly roams around and surveys different parts of the solar system and beyond to observe nearby stars and possible appearance of planets.

The astronomers who were part of the TESS mission have discovered the TOI, also known as "TESS object of interest" along the galactic disk of the Milky Way galaxy. The stars within the area have been found to have less concentration of elements such as iron or magnesium.

The researchers included in the mission have utilized the W.M Keck Observatory based in Hawaii to be able to study and research on the planet's properties such as density, radius, and mass.

Findings in the Recent 'Super-Earth' Discovery

Because this Super-Earth planet is too close to its host star, it is recorded to have an average surface temperature of 2,000 Kelvin, or 3,140 degrees Fahrenheit. Another interesting finding in the study of the newly discovered planet is that despite its mass being significantly heavier than Earth, it has a density that is just about the same as that of our home planet.

"This is surprising because you'd expect the density to be higher..This is consistent with the notion that the planet is extremely old." Kane said.

"Information about a planet's interior gives us a sense of whether the surface of the planet is habitable by life as we know it..Though this particular planet is unlikely to be inhabited today, it may be a harbinger of many rocky worlds yet to be discovered around our galaxy's oldest stars."Kane noted.

The study has allowed astronomers to look into a planet that is potentially habitable. However, due to the extremely high temperature on the planet, it's quite impossible for it to support life. Significant findings in the study however, made astronomers wonder if it has ever been a habitable place before.