Amazon shocked the world with the news earlier this afternoon as Jeff Bezos hands out an email that details he is leaving the CEO position to Andy Jassy, and taking an Executive Chair role to focus on other ventures. This news has rattled the industry and had people asking "Who is Andy Jassy and will he fill Jeff Bezos's shoes as the entire company's CEO?"

The COVID-19 pandemic has made massive changes to the way society is now, including the announcement of massive news and change of staff in a company, as everything would come as a surprise online. That is exactly what happened when Jeff Bezos handed out his "stepping down" letter on Amazon's About Website and passes the torch to a new name, Andy Jassy.

For almost 30 years, 27 to be exact, Jeff Bezos has stood his ground and maintained his position as CEO through thick and thin with his brainchild, Amazon.com, and back then, the company is no more than a marketplace.

Who are Andy Jassy? 5 Fast Facts to Get to Know Amazon's New CEO 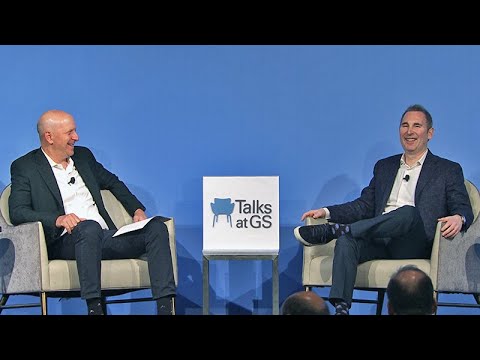 According to San Fransisco Chronicle, Andy Jassy is a trusted employee by Jeff Bezos and has been maintaining a massive internet subsidiary of the e-commerce company, Amazon Web Services. Moreover, Jassy is a top executive who has proven his leadership skills and works within the company and helping its growth through the years.

According to Express UK, Andy Jassy has a Net Worth of $394 million last November 2020 but is expected to rise after he is appointed CEO.

Before Andy Jassy is named the CEO of one of the top e-commerce companies in the world, Andy Jassy was also a CEO for Amazon's Web Services stemming from its early days in 2006. However, Jassy started as its founder and Vice President, eventually gaining the title of CEO in the following years.

Andy Jassy is a Top Scholar from Harvard

Andy Jassy is someone who you can call a "loyal employee" for having spent a massive number of his years as an employee and member of the Amazon family since his start there 17 years ago. The new CEO has spent a majority of his life in Amazon, and not just as an employee, but as a high-ranking executive as early as 2006.

While Amazon Web Services has had its ups and downs since 2002's first launch, Andy Jassy has made it to a point that its next launch would be permanent, having the service stick around. AWS's relaunch in 2006 is a brainchild from Jassy, helping in its development and establishment as an Amazon service, which is now a massive enterprise within the company.