Apple Campus: $1b Facility in North Carolina to Hire 3,000 Employees When it Opens

Apple has confirmed that it is setting up an "Apple Campus" worth $1 billion in North Carolina which is in the eastern part of the country and is the complete opposite of the Cupertino facility in the sunny West Side. Upon its completion, it would hire as many as 3,000 employees that open up massive opportunities for interested workers for the tech company. 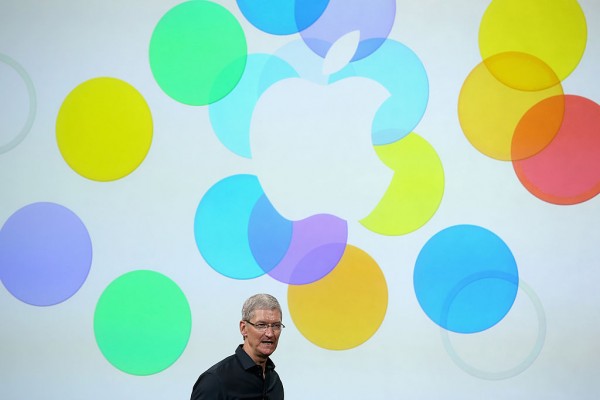 (Photo : Photo by Justin Sullivan/Getty Images)
CUPERTINO, CA - SEPTEMBER 10: Apple CEO Tim Cook speaks on stage during an Apple product announcement at the Apple campus on September 10, 2013 in Cupertino, California. The company is expected to launch at least one new iPhone model.

"I love you 3,000" would not be Morgan Stark's line to Tony Stark anymore in the Marvel Cinematic Universe's "Avengers: Endgame" as the Cupertino giant is planning to build a massive campus in another state. While Cupertino will and always remain as the home for Apple, the company's branch out to North Carolina is set to open up opportunities for the east part of the US.

Bombs just keep on dropping after one another after the recent "Spring Loaded" event that the company has concluded last April 20, and it shows the growth and commitment of Apple towards its future. North Carolina may be on the other side of the country, but it would be as much "Apple" as it was in Cupertino once it finishes its construction.

Read Also: AirTags vs. Tile Pro vs. Chipolo One Spot: Which Is the Best Tracker of 2021?

The decision to open a new Apple Campus that would be expected to be as grand as Cupertino, California's came during this time of the pandemic, where people are restricted to go outside their homes. Moreover, this pandemic has marked the possibility of a fully remote home setup, where people could do their work using only a computer and an internet connection.

Despite Apple embracing the fully remote setup, Apple Newsroom's report confirmed that the Cupertino giant has plans to open a facility in Raleigh, North Carolina that would open up possibilities for the company. The construction of the Raleigh facility would take more than a year and would be worth $1 billion to construct.

Future Ventures to Open up for New Apple Campus?

As the Apple Campus mostly focuses on engineering and innovations, it could mean that the 3,000-employee manpower it would soon receive would all be focused on creating new products for Apple. This could also mean that the company is focusing on new tech, including the arrival of its Apple Car that is slated for 2024 or 2025.

Related Article: Apple AirDrop Vulnerability: 1.5B Users in Danger Says Research-Here's How to Protect Your Phone and Data