NASA's Wallops Rocket Launch in Virginia's flight facility has been canceled three times now, and it is because of bad weather reports that have pushed the mission to begin this Tuesday night. The space agency is hopeful to carry out the rocket launch in a few hours, with the Black Brant XII rocket to launch and its KiNET-X payload to orbit. 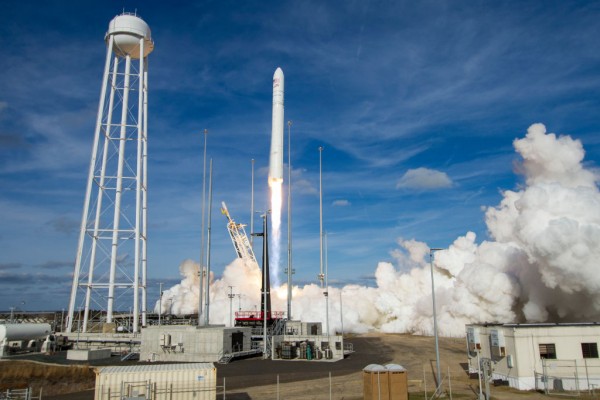 The third time was not the charm for NASA's Black Brant XII and has been pushed for another reschedule amidst the scheduled flight to launch the rocket and deliver its payload to space. While the cause of this pushback was natural reasons, the Black Brant XII is eager to spread its wings and accomplish what is needed of the spacecraft.

What is more iconic with this launch is that the Black Brant XII is something that can be easily spotted in the night sky, alongside NASA showcasing the launch via a live stream. The direction of the launch would be in the southeast part of the country, so it is better to have a phone map application to show the true direction and also monitor its Livestream to help guide the timings right.

Read Also: NASA Ingenuity, Perseverance to Look for 'Ancient Life' on Mars, After Moving on to a New Landing Site After Fifth Flight

The Black Brant XII is scheduled to launch from Wallops Flight Facility in Virginia, which is different from its recent launches from launch island, Cape Canaveral, FL, also home to the Kennedy Space Center. NASA's effort to learn more about the Sun and its sunspots plasma discharge would also be a part of this launch.

The payload called KiNET-X or the "KiNETic-scale energy and momentum transport eXperiment" would be an important piece of space tech that would do the monitoring for NASA to learn more of the phenomenon. It would also be focusing on the study of Auroras, which are known as a majestic display of lights, popular in the Nordic regions.

NASA has been using the Black Brant XII rocket ship several times now, and it is a four-stage, solid-propellant sounding rocket with components like Talos, Taurus, Black Brant, and Nihka respectively. Natural occurrences like strong winds that could disrupt the launch and reduce its chances of success have hindered the attempts over the weekend.

How to Watch NASA's Black Brant XII Launch in Wallops?

NASA is optimistic and hoping to launch the Black Brant XII and its KiNET-X payload to space for Tuesday night, May 12. The launch schedule would be no later than 8:05 pm (local time), with the launch available to watch via NASA's Live website or YouTube channel which carries out the live streams for rocket launches.

The video would be up and running at least 20 minutes before the flight if it pushes through and does not get canceled due to another weather disruption or natural occurrence.