"Animal Crossing: New Horizons" is celebrating International Museum Day with the entire world, and it recently launched the Stamp Rally event to enjoy the game while going on a museum tour. The event's objective is simple, and players need only to go around the museum's different wings and stations to complete the stamps.

Museum stamps in real life are legitimate, especially if one is going on an educational field trip where students are required to visit different places to see art exhibitions. However, as the COVID-19 pandemic has closed down most public places, Nintendo and "Animal Crossing: New Horizons" will be the closest thing to a museum tour for now.

"Animal Crossing" has recently concluded its popular May Day 2021 event with Tom Nook, which has been a massive success for the gaming franchise as it brings an Island Tour, which most gamers enjoyed. The game also featured a terraforming event that focuses on the upcoming Wedding Season and its popular collaboration with Build-a-Bear.

"Happy International Museum Day" indeed, especially to players of "Animal Crossing: New Horizons" as the game commemorates a real-world holiday in-game, with an event that everyone can participate in. The event will take place starting Tuesday, May 18, and would end by Monday, May 31, giving players almost two weeks to accomplish the challenge.

The Stamp Rally event will bring rewards and prizes for everyone who finishes it, and it is a fairly easy task within the game. 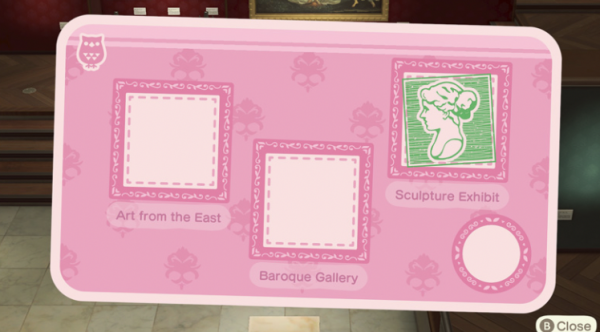 Head to the one's island museum and look for Blathers, the museum's curator and director, which focuses mostly on the different bugs and fish showcased there (a lot of fish). Upon approaching Blathers, he will tell gamers to head to four different wings of the museum, which is one more wing compared to last year, which only had three.

The wings are as follows: Fish, Bug, Fossil, and Art Wings (Art is the newly added wing).

After getting the stamp card and getting orders from Blathers, players would have the liberty to choose which ones to go first, as it requires no specific orders to accomplish. It is worth noting that each wing will have three stations to cover.

In total, there would be 12 stations to cover, with three across each wing. These stations are in the color yellow and red. Each day, the locations of the stations would change, so it is best to accomplish one wing per day or finish all four in a single session.

Completing all stamps and returning them to Blathers will reward gamers with three golden plaques, namely a Butterfly, a Fish, a Fossil, and a Statue. The Stamp Rally can be played again, but the rewards would be the same.