Nintendo Finally Breaks Its Silence on the Switch Pro Rumors

Nintendo seems to have finally broken its silence on the numerous rumors regarding upgraded Switch hardware, and most importantly, the Switch Pro.

As all gamers know, Nintendo didn't reveal the Switch Pro during E3 2021. But according to Nintendo of America president Doug Bowser (yes, you read that right), the lack of a reveal still points to a future hardware release that the company is looking at, writes Game Informer.

Bowser spoke with The Washington Post shortly after E3 and revealed that hardware upgrades are not part of the plans for Nintendo as of the moment. In the interview, he remarked at how the company is constantly looking at new hardware tech and how they've deliberated on whether or not to apply said tech to existing hardware or wait until the next generation implements them.

This could mean that while the Switch Pro wasn't announced, there are still plans for "hardware upgrades" to come at a certain point in time. Sorry, sad gamers, but you'll have to wait until that day comes.

Then again, this didn't stop people from speculating why the Switch Pro wasn't revealed. It has been rumored almost endlessly leading to E3 anyway, with insiders claiming features like 4K and hybrid functionality. Some are even claiming that a Switch Pro game was actually revealed under the radar, but perhaps that is a bit of a reach as of the moment.

Nintendo Switch Pro: Why It Wasn't Revealed, According to the Internet

E3 2021 was supposed to be Nintendo's biggest chance to show off and upend the powers-that-be in the gaming world. But while the showcase itself wasn't bad, gamers were still expecting the next-generation Switch handheld and were a little disappointed. 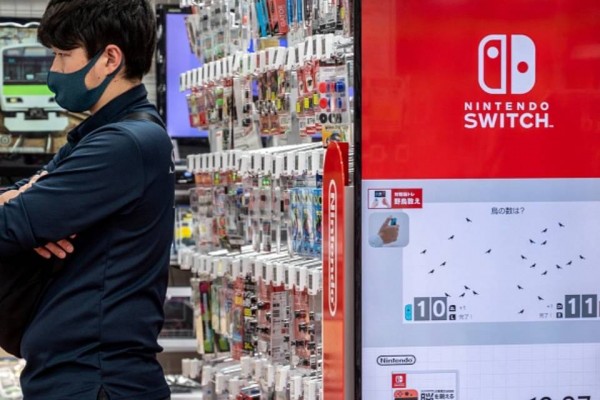 (Photo : PHILIP FONG/AFP via Getty Images)
A customer browses the gaming section of Nintendo products in a shop in Tokyo on May 6, 2021.

Tech Radar, for one, reiterated their confidence that the Switch Pro is still in development. It's just that Nintendo probably thought it wasn't ready, and E3 wouldn't have been the best place to reveal its existence.

What's interesting, however, is Bowser's comments regarding the state of new hardware tech. Tech Radar's confidence is not unfounded, at least right now. Nintendo knows that they're still lagging behind competitors like Sony and Microsoft in terms of hardware as a gaming company. This is still true even if the base Switch has sold like crazy since it launched in March 2017.

So far, it does make sense for the Switch Pro not to be announced back at E3, because of the current state of the gaming world as a whole. Despite immense anticipation levels, Nintendo can't really expect excellent sales right off the bat because of the current semiconductor shortage. The company would spend way more money to make the Switch Pro than the money they can make from projected sales, and that's an inevitable truth.

For now, fans have to play a new game: the waiting one.

Related: Nintendo Switch Lite In BLUE? It Just Released, And Here's Where It's Available