Anonymous has recently uploaded a video about Elon Musk, and this time, it agrees with the tech CEO's statement on AI dangers via the conspiracy theory video called "Final Message."

Here, they try to urge people into seeing the dangers of artificial intelligence development, with Musk as their main source about the potential risks it could bring.

In an interesting turn of events for the popular nameless and faceless hacktivist group, it seems that they have a middle ground with the Tesla CEO with regards to the different technology available. And while Elon Musk is not against AI, he has presented the risks and dangers of the newfound technology in the world, which is in progressive development.

Earlier this month, Musk was targeted by the hacktivist group that was identified by Anonymous, and they have issued a massive threat on their end against the tech CEO. The main reason for this attack against him is due to Musk's alleged manipulation of Bitcoin and the cryptocurrency market which have faced a prolonged drop of the coin, that slowly has been recovering.

Read Also: Paraguay to Legislate Cryptocurrency as a Legal Tender 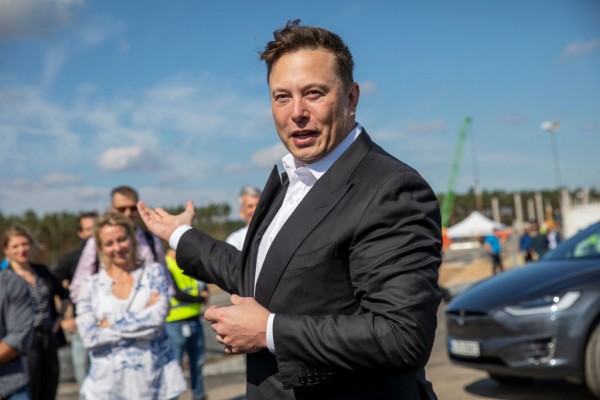 The popular conspiracy theory and hacktivist group that identifies itself as "Anonymous," has posted the video about Elon Musk earlier today, and it makes the CEO its main source for AI dangers. This conflicts with their fight against each other, especially as both sides posted retaliations and attacks, mainly against their integrity.

While Musk is a massive name in the technology industry and space services, Anonymous is more popular in piquing people's interests and adhere more to reasoning to change their views about something. Additionally, their page is the verified and "official" name holder of "Anonymous" on YouTube, meaning that they are the same group who conflicts.

The original video threat of Anonymous against the tech CEO was already taken down, but versions of it are available online and are still posted on several Twitter accounts.

Is Musk Not a Target Anymore?

The two videos that were posted by the Anonymous hacktivist group were not succeeded by any more content regarding its disagreement and threats against the CEO. And the recent video that agrees with him regarding AI dangers suggests that the conflict is already over and that the CEO is not a target of the group anymore.

This is an interesting case, especially as both are sworn enemies of the other, and that Anonymous has a grudge against Musk regarding his manipulation of Bitcoins. Connecting the dots on the case, it seems that this is still the same Anonymous which has been against Musk and is now in agreement with the CEO regarding AI.

*Disclaimer: The video below is based on a conspiracy theory by the group called "Anonymous," and is not in any way promoted by the team."