Hubble Captures An Image of Two Galaxies CRASHING Into Each Other

Despite being decades-old tech, Hubble still impresses people with its amazing images of the universe. And now, it has added a few more to its already incredible portfolio. 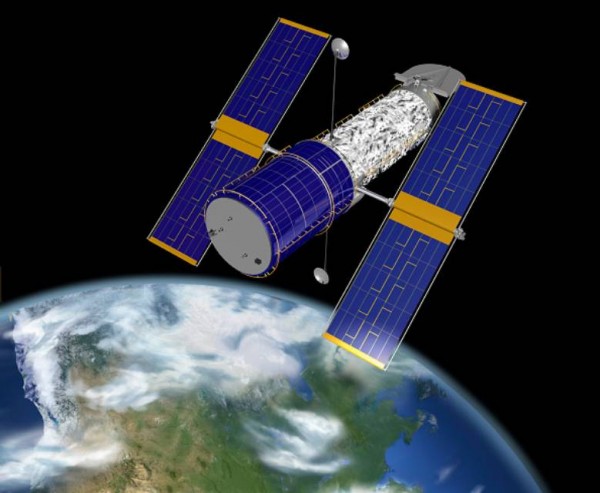 The Hubble Space Telescope just managed to capture an image of two galaxies literally crashing into each other, around 275 million light-years away from Earth. According to Mashable, the images are of two spiral galaxies now named as one: IC 1623.

Also called an "interacting galaxy system," IC 1623 was actually already photographed by Hubble several years ago, in 2008. That image, however, looks markedly different from the newest one because it used only two filters that managed to capture infrared and visible light. The most recent photo of the galaxy system, on the other hand, was captured by a newer wide-field camera that was installed in 2009.

Once Hubble managed to capture the amazing image, NASA and the ESA shared it as part of a compilation of photographs taken with eight different filters. You can actually see the photos for yourself by visiting this link on the Hubble Space Telescope's website.

It's a good thing that the telescope was able to capture the image, which proves it's still working as intended 30 years after its launch in 1990. It wasn't without problems, owing to the recent news of it going offline due to computer issues.

Hubble Space Telescope: A Legacy for the Ages

When it was first sent into orbit, the Hubble Space Telescope was touted for its job as the world's window to the cosmos. And it hasn't failed to deliver some spectacular images of the universe never-before-seen by human eyes.

So far, it has managed to discover things like supermassive black holes in galactic cores, so-called "deep space radio signals" from still-forming distant galaxies and even the remnants of a supernova that people actually saw on Earth 1700 years ago.

But perhaps none of them can rival the spectacle of seeing two galaxies collide, which is also something that could happen to the Milky Way itself.

For the unaware, the Milky Way has long been proven to be on a collision course with the nearest galaxy to it: the Andromeda galaxy. Our own galaxy is moving towards Andromeda at around 70 miles per second, which seems a little fast for the untrained. But mind you, the two galaxies are over 2.5 million light-years away from each other. So you don't really have to worry about an apocalyptic event happening in your lifetime. 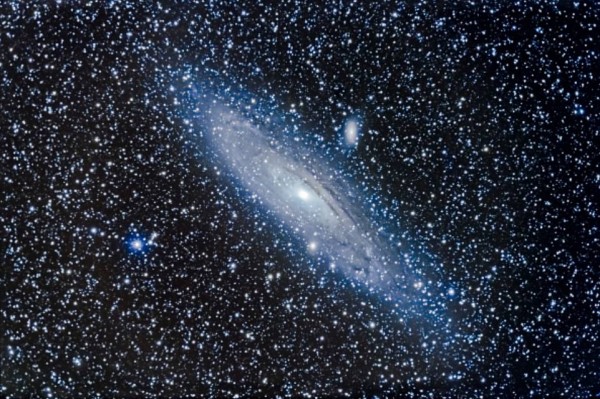 (Photo : Alan Dyer /VW PICS/Universal Images Group via Getty Images)
M31, the Andromeda Galaxy, in a series of exposures to test stacking images with HDR techniques. I shot the galaxy in a series of 1, 2, 4, and 8 minute exposures, four of each exposure, all using the Nikon D750 and 92mm TMB refractor. A set of 1,2,4, and 8 minute exposures was stacked in Camera Raw using its HDR mode to create a new merged DNG file. I did this for four sets of 1 to 8 minute exposures, then processed each of the HDR stacks with Shadows and Highlights in ACR to bring out faint detail but retain detail in the bright core. Each of the 4 HDR stacks was then mean combined stacked in Photoshop and processed with Curves, S&H, B&C etc. So in total .

Despite its stellar service, however, it looks like Hubble is closing in on retirement, and NASA and the ESA both know this. The James Webb Telescope is being groomed to be its successor, though there's still no official word on when it will launch. But when it does, humanity will have a newer, far more powerful window into the wonders of the universe.