NASA's Curiosity rover recently discovered traces of methane after wandering around Mars in search of possible life forms. The organic material posed confusion to the team about its purpose on the red planet.

Assuming that the presence of this gas can be an indicator of an ancient organism, this could be used for future sessions of experiments. 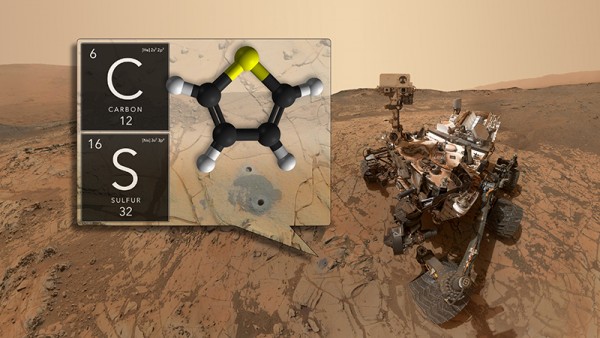 (Photo : NASA)
NASA Curiosity Rover recently traces a small amount of methane on the red planet. What could be the meaning behind this finding?

Methane (CH4) is present everywhere. Your simple burping can produce the gas. You can also see it in your farts. The recent discovery might be informative but at the same time could be baffling for the scientists.

According to NASA, the findings could mean that the team should still need to dig deeper in search of thriving life forms on the red planet.

Commonly, the usual information that we know about methane is its ability to be produced as a byproduct. This explains why it is present in our farts and burps: its interaction with the microbes.

At first, experts speculate that this gas will mean that there is a hint of microbial organisms on Mars. Somehow, it might be true, but it could be used as well to identify the geologic origins of a life form.

After landing the Gale Crater, the Curiosity rover was able to spot the gas on its surface. However, the Trace Gas Orbiter of the European Space Agency (ESA) did not find any success in unearthing the presence of methane in the air.

What Did the Curiosity Rover Use to Detect Methane?

Of course, there is a tool that the NASA Mars rover used to identify the gas in the atmosphere. Through the Tunable Laser Spectrometer (TLS) tool, the car-sized robotic vehicle has tracked a "small amount" of methane the size of a pinch of salt dropped in an Olympic-size swimming pool.

In addition, this is not the first time that the instrument detected the gas on the red planet. In 2019, NASA said that it managed to recognize high levels of methane described as "transient plume."

According to Chris Webster, the leader behind the TLS equipment, ESA's ExoMars orbiter missed the presence of methane. He was shocked after knowing what happened in 2016.

The Mystery of the Methane Discovery

According to CNET's report on Tuesday, June 29, the explanation could lead to the shift in periods. ESA's orbiter usually operates during the daytime whereas the Curiosity rover does its job at night so no interference might appear. The methane could have been fading when there was sunlight.

To test that, NASA rolled out an experiment to find out the methane levels during a specific time. It turned out that in the daytime, the greenhouse dissipated, according to the study.

Now, only one question remains: what might be leading to the destruction of methane?