The world's largest cryptocurrency, Bitcoin, met an untimely comeback on Wednesday, July 21 following its surge at $31,600.

However, this temporary rise does not mean that it would reach its escalating trend for a long time, since many plunges are expected to happen soon, according to the experts. 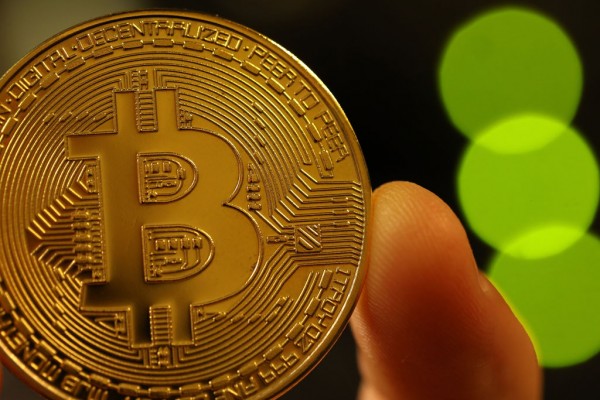 (Photo : Dan Kitwood/Getty Images)
LONDON, ENGLAND - OCTOBER 23: A visual representation of the digital Cryptocurrency, Bitcoin on October 23, 2017 in London, England. Cryptocurrencies including Bitcoin, Ethereum, and Lightcoin have seen unprecedented growth in 2017, despite remaining extremely volatile. While digital currencies across the board have divided opinion between financial institutions, and now have a market cap of around 175 Billion USD, the crypto sector continues to grow, as it sees wider mainstream adoption.

According to the latest report by Cointelegraph on Wednesday, July 21, the surge of the $BTC and other cryptocurrencies has recently happened.

Bitcoin, for instance, accelerated to a 7% increase following the upward trend of other digital currencies, as per data provided by TradingView and Cointelegraph Markets Pro.

Despite the concerns of many that $BTC is slowly climbing back after many price dips, experts fear that its current advantage over other cryptos could be short-lived. The analysts warned the investors that what could have happened in Bitcoin might just be a "relief rally."

In short, this is not a "true comeback" that Bitcoin fans expect to happen any time.

On Twitter, Elevate trading founder, Nebraskan Gooner, posted that "it's still a 'short the bounce' season'" for the popular cryptocurrency.

Peter Brandt, a well-known crypto trader, said that before $BTC reverts to its dominant position in the market, there is a need for "another shock leg down" to happen.

On Tuesday, July 20, Michael Saylor, the CEO of MicroStrategy ,tweeted that the network fundamentals of Bitcoin "have never looked better."

From another expert, Vijay Ayyar, many downward trends would come to Bitcoin. He said that more price dips will happen unless the cryptocurrency reaches over the $32,000 mark.

Additionally, the biggest crypto might face a sudden drop that could hit $24,000.

Luno's current head of the Asia Pacific and Global Expansion added that the crypto is only playing with several market rallies happening last time.

"In general, there are lot of macro factors weighing down on risk-on assets at the moment - inflation worries, Covid, and with crypto, we've got more specific worries such as much more regulatory oversight," Ayyar ended.

On Tuesday, July 20, Bitcoin's price nosedived below $30,000 due to concerns over its regulations.

Dogecoin's Price Increases Before 'The B Word' Conference

Surprisingly, the famous meme coin, $DOGE also saw an increase of about 10% ahead of the "The B Word" conference where Tesla CEO Elon Musk and Twitter CEO Jack Dorsey would join.

It is expected that several investors will watch the discussions involving the biggest names in the tech industry.

CNBC reported that the latest drop in the digital currencies is caused by the widespread regulations globally, like in the case of China where the government imposed implementations on the crypto miners.

In Europe, authorities from the United Kingdom and other countries have been closely monitoring the biggest cryptocurrency exchange outlet in the world, Binance.