China's 15-Year-Old viruses were discovered inside a massive ice glacier in Tibet, China. Researchers claimed that these newly discovered ancient virus strains could help them understand how different types of diseases evolve. 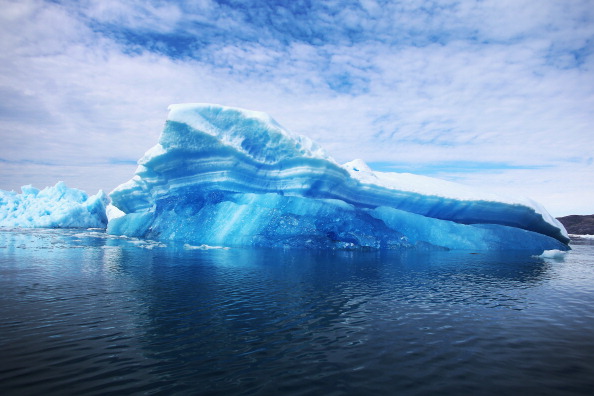 (Photo : Photo by Joe Raedle/Getty Images)
Calved icebergs from the nearby Twin Glaciers are seen floating on the water on July 30, 2013 in Qaqortoq, Greenland. Boats are a crucial mode of transportation in the country that has few roads.

If this is true, they could even solve the sudden appearance of COVID-19. The new study was conducted explicitly by Ohio State University's scientists.

As of the moment, Ohio State University hasn't confirmed if it will use the new study to understand how COVID-19 evolved and appeared across the globe. 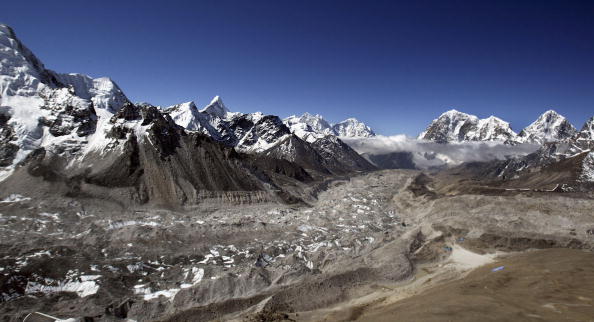 (Photo : Photo by Paula Bronstein/Getty Images)
Aerial photograph of the Khumbu Glacier and the Everest Himalayan range May,15,2003 on the Nepal - Tibet border. A record 1,000 climbers plan assaults on the 8,850-meter (29,035-foot) summit of Mount Everest to celebrate the 50-year anniversary of the first successful assault on the World's tallest mountain May 29, 2003.

But, since they said that their findings could help medical experts and other researchers understand how different viruses evolved, there's a high chance that COVID-19 will be included.

COVID-19 is also a highly infectious virus type. The new research could lead to a major medical breakthrough, especially since the new Delta variant and the rising Lambda strain are continuously spreading in different countries, especially in the United States.

On the other hand, Metro UK reported that researchers were not able to study the glaciers in western China thoroughly. The new study's experts explained that they would use their new findings to expand their current virus records in the Asian country.

Four of the newly discovered viruses already appeared different infected types of bacterias discovered in lower concentrations. On the other hand, the unique variants they found were able to adapt to extreme conditions.

This is also the reason why they were able to survive within the 15,000-year-old ice glacier in Tibet.

Why are Experts Also Cautious About the Ancient Ice Glacier?

Forbes reported that even though the discovery of the new viruses within the old ice glacier is a great study, involved experts also warned that it could lead to a serious event.

They said that once the ice caps melt, they could release harmful pathogens into the environment.

For more news updates about viruses and other serious diseases, always keep your tabs open here at TechTimes.

Related Article: How to Get Back Your Sense of Taste and Smell After COVID-19