NASA's Ingenuity Helicopter has flown its first mile on Mars, after recently finishing its 10th flight on the Red Planet, making a lot of history for humanity. The Mars mission is on its way to discover if the neighboring planet can host a place for humans to either live on or have as a place for tourism. And while those are not the goals of the mission, it is something that the public aspires.

Before its tenth flight, Ingenuity's ninth flight was referred to as a "risky success," with the air and spacecraft having a hard time navigating new regions, further than its original landing zone. 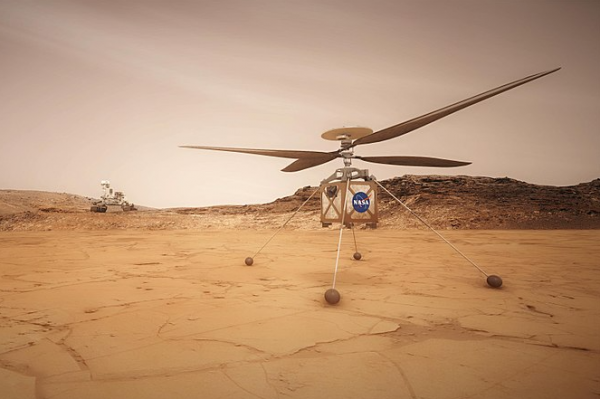 In a recent tweet of NASA JPL, the Ingenuity has already reached a 1-mile of flight on the Red Planet's surface, and it is an achievement of the small spacecraft. This is also something that humanity should take pride in, especially as it made this flight and mission possible.

The yearning to learn more and discover what is out there has pushed the innovation of going to Mars and designing a capable spacecraft like the Ingenuity to traverse the unknown. There is a lot more for the Red Planet to cover, and it does not stop to one mile of travel.

The Ingenuity's success hints the arrival of a soon appearing "rotorcraft" or "rovercraft" which is something that would soon be sent to Mars.

It was first mentioned by NASA that Ingenuity was not intended for this long, and it was supposed to retire after its first three or four flights. However, ten flights in, and the small helicopter shows no pieces of evidence of slowing down or taking a bow.

Ingenuity's 10th flight has completed its first mile on the planet, but its ninth has covered the "Seitah Region," which reveals a new point of study for NASA. According to the space agency, the "Raised Ridges" was a peculiar sight to see, and it was discovered by the helicopter as it served its "eyes on the skies" purpose.

The farther Ingenuity and Perseverance go, the more regions they unlock, which is something that the space agency has intended for the mission.

The goal is to discover more of the Jezero Crater, and its tandem is making it possible, for NASA and the entire world.

Can It Fly More Lengths?

NASA's Ingenuity was only meant for a short flight and aerial reconnaissance for the Perseverance. However, it exceeded expectations and brought NASA more than what was expected. That being said, it is meant for more lengths to conquer, and see more of Mars.