Top 3 Apple Watch Features to Save Your Life and How to Use Them: Fall Detection, ECG, and MORE

Apple Watch features concerning health and safety have been starring stories of people who have had a second chance at life due to the smart wearable, namely the fall direction, ECG, and heath rate app--to name a few. 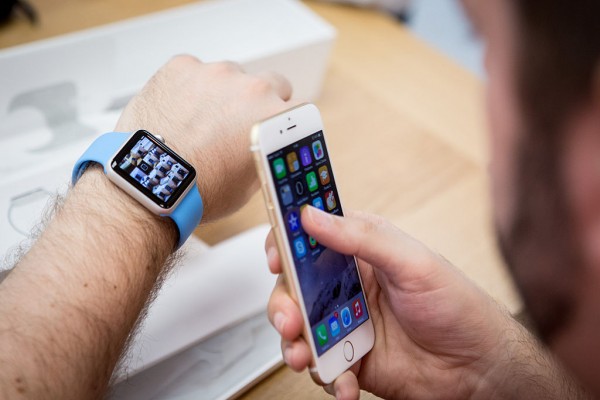 Through the years, the Cupertino giant has been developing new features for the Apple Watch that focus on the well-being of its users.

It is worth noting that some rumored upcoming facets of the Apple Watch include blood glucose or sugar monitoring and even mental health support to add to the plethora of its health features.

To get on with it, here are some of the best Apple Watch features that could save your life as they once did to other users.

This feature has perhaps saved the most lives among other Apple Watch functions, but no statistics back this up--see for yourself by searching for it on Google.

As per the Apple support page, "Fall Detection," as the name suggests, recognizes if the person wearing the wearable fell.

There is an option via the watch that alerts the authorities when an accidental fall occurs. To contact the emergency hotline, drag the Emergency SOS slider after stumbling badly.

If ever the user did not respond and remained immobile, don't fret as the Apple Watch will do its job and call the authorities.

For instance, a tech reporter, Toralv Ostvang, narrated to CNET how the said feature saved his life when he was out of town with his friends. As he walked to the bathroom from his bed, he suddenly lost consciousness and woke up surprised to see the police.

It turned out that the Apple Watch detected his terrible fall after fainting, thus contacting the authorities.

Meanwhile, the wearable of the iPhone maker features an app that detects the heart rate of its user.

However, it is worth noting that it does not give the most accurate data. Instead, it only provides a very close estimate.

According to FoxNews, the app works by constantly taking note of the user's heart rate. To view the data it has collected, you may tap on the arrow on the upper left corner of the Heart Rate app.

Another Apple Watch user, Heather Hendershot, one day saw a notification saying that her heart rate was beating at 120 beats per minute. Initially, she didn't believe the warning as she was feeling normal.

However, later on, Hendershot was diagnosed with hyperthyroidism.

Lastly, the ECG or Electrocardiogram support of the Apple Watch, which extended to 30 new countries last July 20, tests both strength and timing of heartbeat to detect irregularities.

To use the feature, go to the ECG app of the device. Again, this smartwatch feature does not entirely take place testing guided by a physician.

An Apple Watch user, George Kometiani, noted that the ECG feature helped him start shifting his lifestyle after getting a health scare due to the data provided by the app. As such, he went on to lose 30 pounds afterward.