"Genshin Impact" has a new imaginary event called Phantom Flow. This MiHoYo update is expected to end on Aug. 30. 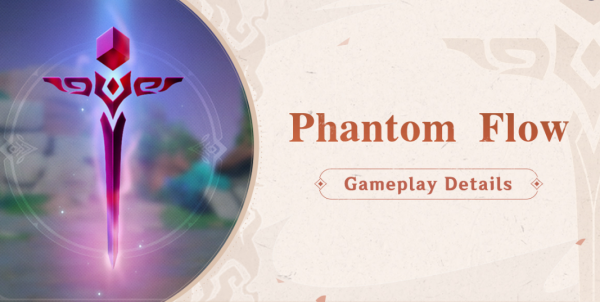 The "Phantom Flow" Event is about to begin!

If you are one of the players who haven't completed the new event yet, then here are the details you need to know.

The new Phantom Flow event can be accessed by speaking to Shousen, the master of Inazuman's Shinryuu.

"Shousen, the master of Inazuma's Shinryuu, offers to help the Traveler initiate an imaginary, no-holds-barred fighting tournament, with a chance to win rewards for it," said MiHoYo via its official blog post.

In the new "Genshin Impact" Phantom Flow, players can acquire free Primogems when they beat a series of opponents they'll face throughout the new event.

Aside from the adventure-role playing title's premium currency, gamers could also receive the so-called Hero's Wit and Mora experience books.

According to NME's latest report, MiHoYo releases a new set of challenges for the seven-day event. Players only have until August 30 to complete the tasks provided in the "Genshin Impact" Phantom Flow event. 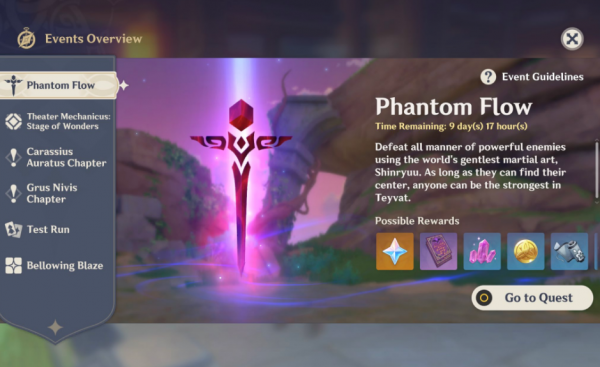 I just played a few minutes ago...and from the settings I dont think so....it's a solo thing....but it's easy, even on the difficulty mode💀💀

On the other hand, the giant game publisher explained that each themed challenge would also have a Shoden mode, which features three difficult modes: Normal, Hard, and Extreme.

Aside from Shoden, the Phantom Flow event's themed challenges would also have Okuden mode, which can be unlocked by completing the Extreme Shoden task.

When it comes to requirements, you need to have to be at least at Adventure Rank 30.

However, MiHoYo confirmed that some low-ranked players could still enter the region via a time-consuming exploit. Although this is the easy way to enter the game's imaginary event, the game developer doesn't advise players to rely on this.

PC Gamer reported that some players are concerned about Yoimiya's future in the game. This hero is one of the latest pyro-based characters released by MiHoYo this 2021.

Some gamers claimed that Yoimiya has major flaws compared to other characters. They complained that the character's arrows usually miss their target because of incorrect direct steering systems.

Because of this, various players explained that the issue would put them at risk for high-damaged attacks, especially since Yoimiya's HP and defense are not that great.

For more news updates about "Genshin Impact" and its upcoming in-game enhancements, always keep your tabs open here at TechTimes.