Gangplank rework could arrive this coming "League of Legends" Patch 11.17. The adventure title's major update is set to arrive on Aug. 25. 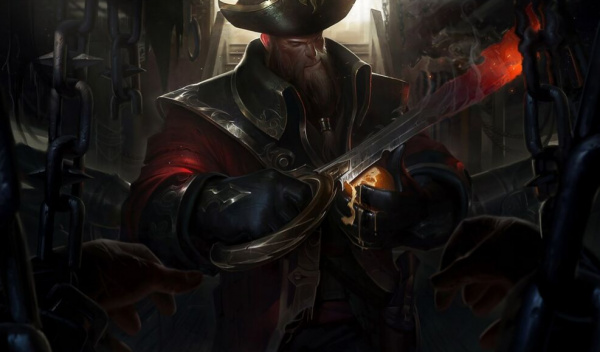 Gangplank is getting updated next #LeagueOfLegends patch: the Saltwater Scourge is getting his barrels upped, from 3 at all ranks, to 3/3/4/4/5 across his “E” ranks.

Riot is also going to nerf his passive (move speed) and will tweak his “Parley” ability slightly. pic.twitter.com/ShqVmsaVWe

When players hear the work rework or hero revamp, it usually gives them an idea that Riot Games would release a new champion version with better visual features, as well as ability enhancements.

On the other hand, some reworks even change the entire hero's gameplay. But, it seems like the upcoming Gangplank rework would disappoint many fans since it would be different from the recent Thresh, Dr. Mundo, and other champion reworks.

The details of Riot Games' hero adjustments were confirmed by Jeevun Sidhu, the current lead game designer of "League of Legends." His latest Twitter post gathered more than 700 comments, 1,100 retweets, and 4,600 likes.

Aside from Gangplank, Sidhu also stated that Amumu and Akshan could have massive skill changes.

Akshan would be revamped since he is considered OP in the Summoner's Rift, while Amumu would have lesser damage but better movement abilities. These include his Bandage Toss, which can use cast twice.

Jeevun provided the exact skill changes that Gangplank would receive. The major changes would focus on his Powder Keg, Parrrley, and Trial by Fire abilities. 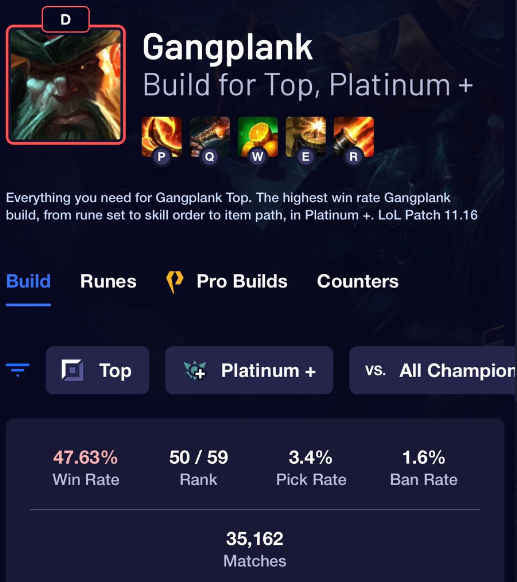 When it comes to VGU (Visual and Gameplay Update), Riot Games hasn't confirmed if his actual appearance would also change in the upcoming "League of Legends" Patch 11.17.

According to Sporskeeda's latest report, these changes would weaken Gangplank in the Summoner's Rift, especially when it comes to Ranked matches. Specifically, his decreased movement speed would greatly affect his laning phase in the top lane.

On the other hand, the reduced damage of his first skill would allow enemies to easily counter his spamming.

"League of Legends" fans are now confused why Riot Games would release a nerfed Gangplank revamp since he is already weak when it comes to ranked games.

Right now, this top laner only has 50% in the Platinum and other high-elo divisions. You could expect a lower win rate from the hero rework if the leaked ability changes are released.

For more news updates about Gangplank rework and other hero changes in "League of Legends," always keep your tabs open here at TechTimes.