Samsung Galaxy S22 is expected to be one of the most advanced camera smartphones to arrive by 2022. Some rumors even claimed that it could beat the likes of the iPhone 12, iPhone 13, and even its predecessor, the current Galaxy S21. 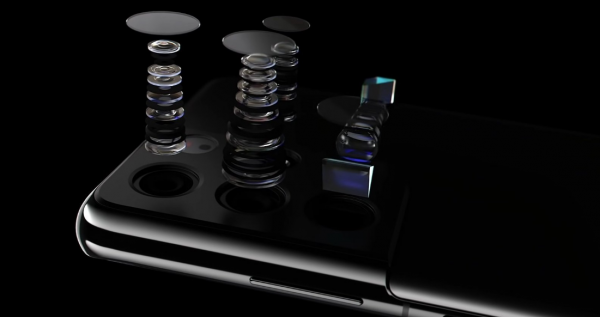 In terms of numbers it is the same as this year. 10x Optical Zoom, 108mp main camera...

The changes won't be on Megapixel count, they will be to the hardware itself. Better OIS, better Optical zoom, faster Autofocus, bigger sensors... pic.twitter.com/wHd80tuzj8

Various leaks circulating on the web right now claimed that the new Galaxy S22 and the more advanced version of the lineup, Samsung Galaxy S22+, would offer a substantial camera upgrade. This is a great enhancement since the giant Apple competitor still uses the same camera hardware, even in its latest Galaxy S20 and S21 smartphone series.

And now, GalaxyClub, a popular Dutch leaker outlet, claimed that the tech giant firm would integrate 50 MP main camera sensors, which is a huge leap for the current 12 MP main shooters offered by S21 and S21+ versions.

But, one of the most-awaited enhancements is the new telephoto camera for the upcoming Samsung Galaxy S22 series. Specifically, the new handset lineup would have a 10 MP telephoto camera feature, which is considered the "true" optical zoom function, as reported by NoteBook Check.

Based on the verbatims of various reliable leakers, the new Samsung Galaxy S22 would certainly have better camera capabilities compared to iPhone 12 and even the upcoming iPhone 13 and rumored iPhone 14.

(Photo : Photo by JUNG YEON-JE/AFP via Getty Images)
Visitors take pictures in front of a big display screen showing the Samsung Galaxy S21 during a domestic launch event at a flagship store of SK Telecom in Seoul on January 22, 2021. (Photo by Jung Yeon-je / AFP)

Also Read: Xiaomi 12 Ultra With 200MP Cam Sensor To Debut-Better Than Samsung and Other Camera Phones?

However, is this advantage enough to overtake Apple's high-end next-gen handsets? According to Tom's Guide's report, smartphone critics claim that there are some reasons why the upcoming Samsung smartphone series would take the spotlight of iPhone 13 and the alleged iPhone 14.

These include the following areas:

As of the moment, Apple is making efforts to develop its device SoC to no longer need to rely on chipset suppliers. This is noticeable in its current iPhone 12 series, which uses its in-house chip called A14 Bionic system.

On the other hand, its upcoming iPhone 13 is expected to use the new A15 SoC, which would be manufactured with the help of TSMC. Meanwhile, the new Galaxy S22 is expected to have a better gaming feature since Samsung could use AMD's new Exynos mobile chip, AMD's RDNA2 graphics architecture.

On the other hand, the new Samsung Galaxy S22 is rumored to have 45W charging speeds or even 65W, which is faster than iPhone 13. Some speculations also explained that its charging capability would be comparable to OnePlus 9 Pro, reaching 99% in just 30 minutes.

If the rumors are true, the upcoming iPhone 13 competitor would be one of the faster-charging smartphones in the market once it is released in 2022.

Aside from faster-charging feature and better gaming SoC, other reasons why the new Galaxy S22 could overtake iPhone 13 are as follows: