'Death Stranding' Sequel Already Rumored To Be In The Works

"Death Stranding" proved to be a very successful outing for game industry legend Hideo Kojima. And now, it seems like he's off to make a sequel for it.

According to a report by Eurogamer, the "Metal Gear" creator is already in talks with "The Walking Dead" star Norman Reedus, who also headlined "Death Stranding" himself, for a sequel to Kojima's most recent major project. Reedus was actually the one who might've indirectly confirmed the sequel being "in negotiations." 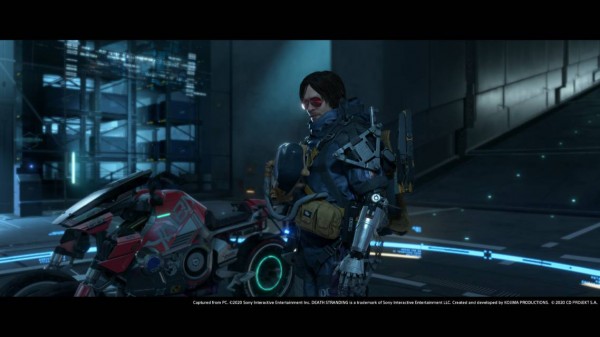 In a Portuguese interview by IGN Brazil partner website AdoroCinema, Reedus was quoted as saying that he "thinks" a second "Death Stranding" game from Kojima is in the works. Though he didn't reveal much about the rumored game, there might be a good chance that if a "Death Stranding" sequel does exist, he has to be in it.

However, Kojima was previously asked about what he'll do if he decided to make a sequel to his award-winning project, which first launched as a highly touted PlayStation exclusive. He said that he'd prefer to start from scratch, all without really following the events of the first game. This could include a unique, standalone storyline with new gameplay, according to IGN Brazil.

But of course, this is still just a rumor. Hideo Kojima hasn't commented on this story yet, and aside from Reedus' seemingly off-the-cuff comment, there's nothing else that's concrete. There's also a possibility that Reedus might've actually been referring to the PS5 port which is "Death Stranding: Director's Cut," scheduled to release this September.

The success of the first game means a potential sequel must live up to lofty expectations. Among that game's awards included a massive sweep of the Game Audio Network Guild (G.A.N.G.) Awards, according to Variety. It won six awards during G.A.N.G., including Audio of the Year, Sound Design of the Year, Best Cinematic/Cutscene Audio, and Best Dialogue.

When Kojima first announced "Death Stranding," it was billed as a genre-defying title that breaks off from traditional game design norms. And without getting too spoiler-y, the game was praised for its mysterious plot that's shown off by compelling storytelling techniques. It was considered to be a Hideo Kojima masterpiece; one which was crafted without big corporations like Konami holding his vision back.

Should It Be a PS5-Exclusive?

The most obvious reason is its predecessor launching as a PS4 exclusive first, so why not make it a PS5 exclusive early on?

For a hypothetical "Death Stranding" sequel to really top what the first game did, it has to be made from the ground up for the PlayStation 5. With the hardware capabilities of Sony's current-gen console, Kojima would be free to experiment with visuals and gameplay mechanics like never before. Just the PS5's DualSense controller alone is already a gold mine of unique game design opportunities that Kojima can use.

'Death Stranding Director's Cut' Will Support Ultra-Wide Monitors on the PS5; A First for Consoles