Hideo Kojima could be releasing his next game exclusively on Xbox soon, according to reports. 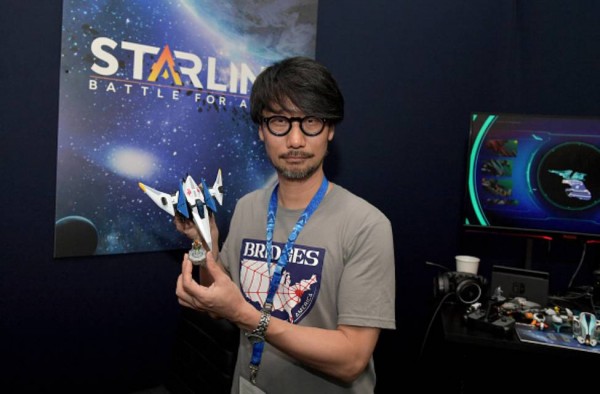 An insider known as Jeff Grubb states that Microsoft and Kojima have both signed a letter of intent to bring the legendary "Metal Gear '' creator aboard for his next project, writes GameSpot. While not technically a binding contract, the alleged agreement could mean that Kojima's next game will be an Xbox exclusive title.

The information comes from Grubb's unnamed sources, who say that this is a key step between Microsoft and Kojima for a future partnership. What this could mean is that while Kojima and Xbox have already agreed to certain terms, the finer points of an imminent contract are still being determined by lawyers at this point.

Furthermore, Grubb reports that while the deal isn't final, Hideo Kojima is likely part of Microsoft's efforts to leverage talent from Japan, according to a report by ComicBook.com. And if a certain person is coming from there that should be making games for a wide audience, it's Kojima.

This wasn't the first time that news of Kojima signing with Xbox has been reported, either. Back in April, the website Hypebeast reported on rumors that the iconic game designer is leaving Sony for Microsoft.

Aside from these, the rumors were also seemingly fueled by a statue that's seen in the background of Xbox boss Phil Spencer's recent video calls: a Ludens statue from Hideo Kojima's latest game, "Death Stranding." But while this is certainly an interesting detail, it's in no way indicative of a deal with Kojima himself.

To say that Hideo Kojima is a legend in the video game industry is a massive understatement. Out of every big name, he is probably one of the most recognizable due to very significant contributions over the years.

Hideo Kojima has also been a long-time collaborator at Sony, though his recent relations with the company have been quite sour. Various reports stated that Sony outright rejected his next proposed project after the relatively meager sales of "Death Stranding" when the game first came to the PS4.

Suddenly, his rumored switch to Microsoft and Xbox now makes a little more sense because he's no longer tied up. If the deal does push through and is confirmed, then Sony will be the second big industry name Kojima has severed ties with after leaving Konami several years ago.

And with Xbox scheduled to have a really great future, Kojima couldn't have picked a better time.

Did Sony Deny Hideo Kojima? 'Death Stranding's' Sales Performance Could be The Reason