The U.S. DOE (Department of Energy) confirmed that the giant nation now relies on wind turbines to produce clean electricity. 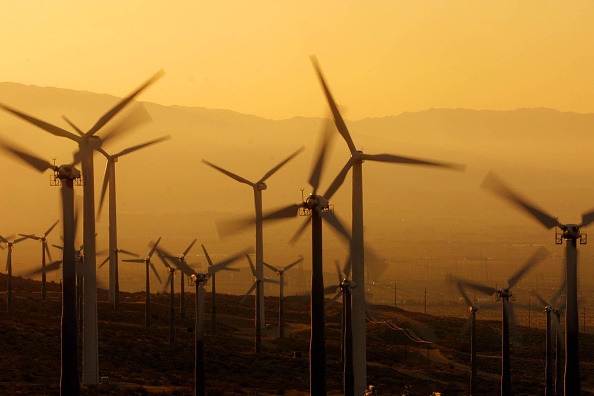 (Photo : Photo by LEE CELANO/AFP via Getty Images)
The sun rises on spinning turbines 05 May 2001 at the San Gorgonio Pass near Palm Springs, California where consistently strong winds power thousands of windmill-driven electric generators. As conservation efforts to ease California's energy crisis are going into effect, utility companies are looking to 'clean' non-polluting energy sources like these windmills.

The government agency announced that around 42% of new electricity generation capacity in the United States, back in 2020, came from land-based wind energy infrastructure.

The Department of Energy added that this new record is higher than those generated by other energy sources in the country. This means that wind energy now generates more electricity than solar energy, which could only produce 38% of 2020's new capacity.

According to CNBC's latest report, the United States invested more than $24.6 billion to enhance the country's air-based energy infrastructures. This is a major innovation since the government wants to reduce the rising carbon emissions. 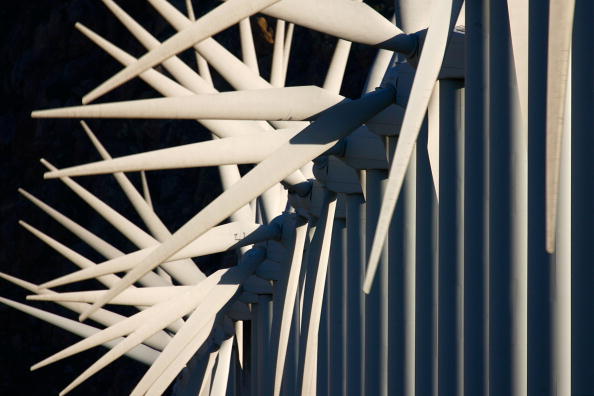 (Photo : Photo by David McNew/Getty Images)
Giant wind turbines are powered by strong prevailing winds on May 13, 2008 near Palm Springs, California. A US government report released this week concludes that wind energy could generate 20 percent of the electricity produced in the US by 2030, as much as is currently provided by nuclear reactors.

New turbine models are also being improved to offer more efficient electricity generation methods or processes. They are also taller and have longer blades compared to traditional wind turbines.

Aside from the land-based wind farms, the U.S. also plans to improve its offshore wind turbines. This would be essential since the country doesn't have domestic sea-based wind energy infrastructure last 2020.

Is Wind Energy Investment Worth It?

Since DOE confirms that wind turbines now generate the majority of electrical energy in the United States, the billion-dollar investment is surely being used properly to lessen carbon emissions in the country.

Energy.Gov also provided some of the advantages that wind turbine infrastructure enhancement could offer: