Xiaomi's MIUI Pure Mode will disable sideloading apps on Android to protect its users from the proliferation of malicious apps outside the Google Play Store, which, in some cases, steals information or plant malware on smartphone devices. 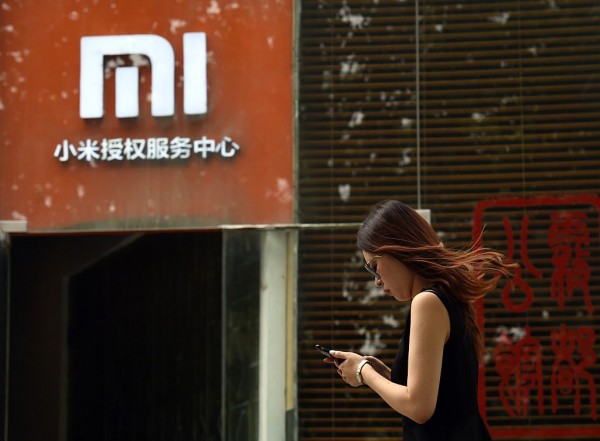 (Photo : by GREG BAKER/AFP via Getty Images)
A woman walks past a Xiaomi logo outside a Xiaomi service center in Beijing on August 5, 2015. Chinese company Xiaomi was the largest smartphone vendor in China based on shipments with a 15.9 percent market share in the second quarter of 2015, according to Canalys. Telecom equipment maker Huawei was close behind at 15.7 percent, it said, followed by Apple, South Korea's Samsung and Chinese firm Vivo.

As per GizChina, the Chinese smartphone maker, Xiaomi, is working on a major feature on its custom UI for Android called MIUI that is meant to further protect users of its devices.

However, Xiaomi's impressive feat is likely to be temporary as the the South-Korean giant recently unveiled its flagship on August, and new iPhones will be launched this September.

The Pure Mode comes as the Chinese titan recently launched new updates for its MIUI, such as the MIUI 12.5 and the MIUI 12.5 Enhanced Edition.

Meanwhile, GSMArena further noted that the Pure Mode coincidentally came to news as the MIUI 13 is nearing its official release.

On top of that, Xiaomi is also keeping a keen eye on its Android skin, the MIUI, by establishing a group called the Pioneer Team, which will not only collect MIUI concerns, but will also address the feedback of the users.

Read Also: Xiaomi Mi Mix 4 Proves Affordable Phones Can Be Flagships, But Will It Come to the US?

And now, the beta channel of the Xiaomi software includes a newcomer that has been intriguing some bystanders--the MIUI Pure Mode.

The additional feature of the MIUI is still in testing mode and is exclusively seen in the beta version of the custom Android skin.

Pure Mode is specifically designed as a security facet that addresses the flooding existence of malicious apps on the mobile operating system or OS.

Xiaomi's new feature will prevent these bad apps from making their way on its smartphone users by disabling the sideloading option of Android.

If you are not aware, users of the Google mobile OS are allowed to install apps from any developer via an APK. That option is what the Chinese phone maker is trying to let go of.

So, how did Xiaomi come up with the conclusion that sideloading leads to malicious apps installation?

The Chinese maker cited its own figures, claiming that tons of apps installed on MIUI do not pass the security audit of the tech manufacturer.

To be precise, a massive 40% of the apps failed the audit, whereas about 10% are software that is considered as potential risks.

It is worth noting that Apple similarly disabled sideloading on iOS, and there's no simple way to turn off that security precaution.

On the other hand, Xiaomi will still allow its users to disable Pure Mode if they want to install an app besides the Google Play Store.