Black Friday 2021 SSD Deals: Retailers To Eye in US and UK—Start Dates of Amazon, Best Buy, and Walmart Sales

Black Friday 2021 is just around the corner. As well as new fans, consumers could expect a lot of gadgets that would go on sale, which would be offered by Amazon, Walmart, Best Buy, and other giant retailers in the United States and the United Kingdom. 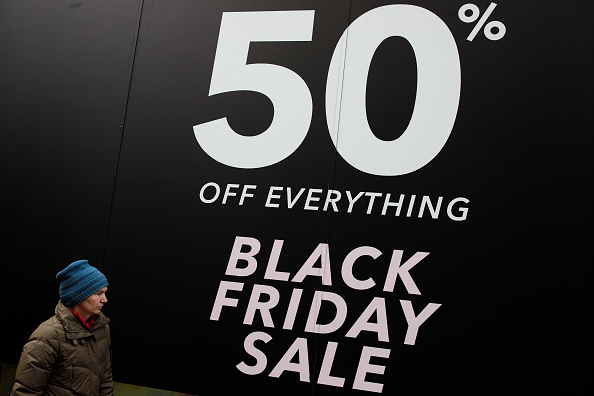 Aside from laptops, smartphones, and other tech items, Black Friday fans are also expecting the popular SSD deals. Solid-State Drive (SSD) allows you to expand the storage of your laptop or PC.

PS5 and other gaming gadgets could also use an extra hand from an SSD to allow you to install more of your favorite games. If you want to purchase an SSD at a low price, here are the retailers you can keep an eye on in the U.S. and U.K. 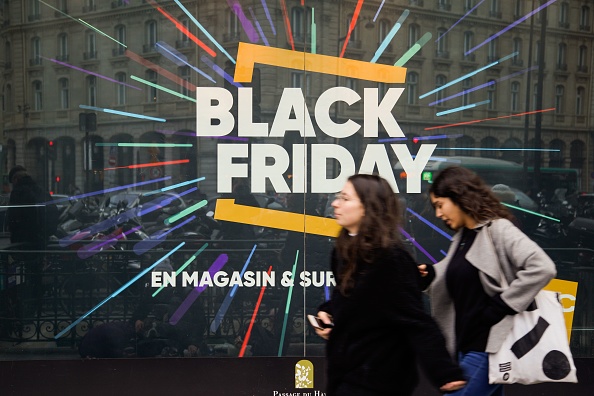 (Photo : Photo credit should read DANIEL LEAL-OLIVAS/AFP via Getty Images)
Shoppers pass a promotional sign for 'Black Friday' sales discounts on Oxford Street in London, on November 24, 2017. Black Friday is a sales offer originating from the US where retailers slash prices on the day after the Thanksgiving holiday. In the UK it is used as a marketing device to entice Christmas shoppers with the discounts at stores often lasting for a week.

According to Games Radar's latest report, Black Friday 2021 is expected to peak this coming Nov. 26. However, consumers could expect Amazon and other giant retailers and online stores to offer their product sales earlier than this estimated date.

Aside from SSDs, Black Friday 2020 recently led to PS4, PS5, and Nintendo Switch deals, which clearly went out of stock immediately. This could also happen in this upcoming event. On the other hand, Cyber Monday 2021 could also offer huge game drops, just like back in 2020.

Amazon and Other Retailers To Launch Black Friday Earlier?

Toms Guide reported that that Amazon, Target, and other giant retailers could release their Black Friday sales earlier than the expected launch date of the event.

As of the moment, not many details about the upcoming event have been released yet. However, you can expect more information about the discounted products in the coming weeks.

For more news updates about Black Friday sales and other tech deals, always keep your tabs open here at TechTimes.