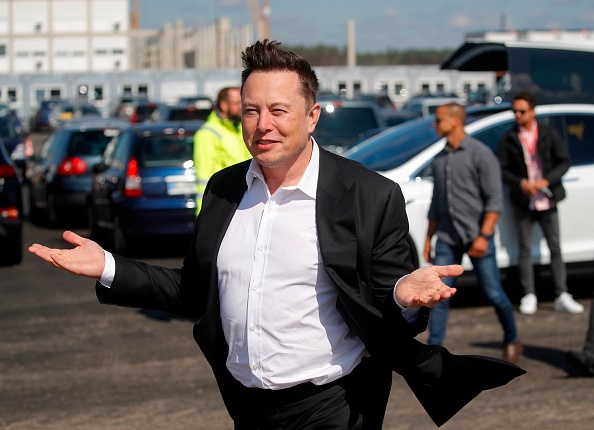 (Photo : Photo by ODD ANDERSEN/AFP via Getty Images)
Tesla CEO Elon Musk gestures as he arrives to visit the construction site of the future US electric car giant Tesla, on September 03, 2020 in Gruenheide near Berlin. - Tesla builds a compound at the site in Gruenheide in Brandenburg for its first European "Gigafactory" near Berlin.

"The build I'm driving right now is almost there. FSD 10 will blow your mind," said the popular billionaire.

His Twitter post was able to generate more than 6,000 likes, 800 retweets, and 580 comments. In the comment section, many consumers are asking what makes Tesla FSD 10 better than the recent Full Self-Driving Beta 9.2.

On the other hand, some drivers still criticize the new autonomous feature, saying if Musk has already tried it in tight places. Meanwhile, a Twitter user asked the billionaire when will Tesla FSD be available in the United Kingdom. However, the tech CEO hasn't replied to his question yet. 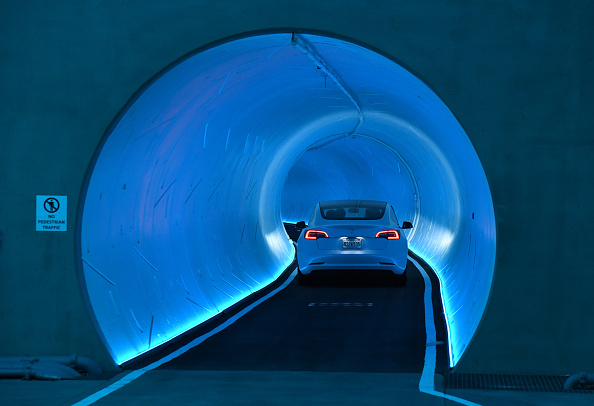 (Photo : Photo by Ethan Miller/Getty Images)
A Tesla car drives through a tunnel in the Central Station during a media preview of the Las Vegas Convention Center Loop on April 9, 2021 in Las Vegas, Nevada. The Las Vegas Convention Center Loop is an underground transportation system that is the first commercial project by Elon Musk’s The Boring Company. The USD 52.5 million loop, which includes two one-way vehicle tunnels 40 feet beneath the ground.

However, Musk did not confirm if it is already the perfect version of FSD. This is one it is still important to have full awareness on the road even if your EV already has the latest autonomous system version.

Meanwhile, some lucky Tesla drivers said that they noticed some improved visuals on their screens. On the other hand, Elon confirmed himself that FSD Beta 10 is still incomplete, adding that drivers need to wait for the next Tesla Full Self-Driving Beta 10.1 to experience a more harmonized autonomous approach.

FSD is not the only product that Tesla is working on. Recently, the giant EV maker released its so-called Tesla Audio Codec. On the other hand, Musk said Tesla Steering Wheel-Less EV could arrive this coming 2023.

Aside from Elon Musk, the YouTuber AI Addict shared a video to show the efficiency of the new Tesla FSD Beta 10.

One of the things he loved the most about the new system was that it allowed him to navigate San Francisco's twisty Lombard Street without requiring intervention, which the autonomous feature's predecessors couldn't handle.

If you want to see more details about it, you can view the video below to see the exact performance of the new Tesla Full Self-Driving system version.

For more news updates about Tesla FSD and other similar EV innovations, always keep your tabs open here at TechTimes.